We would see Jesus 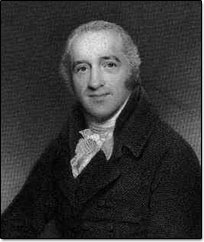 On this day (1836) died Charles Simeon, Evangelical leader. Born in 1759 at Reading, he spent most of his life in Cambridge as Fellow of King’s College and vicar of Holy Trinity Church, where I used to go to Church as an undergraduate. Lord Macaulay said of him

his authority and influence... extended from Cambridge to the most remote corners of England, ...his real sway in the Church was far greater than that of any primate. 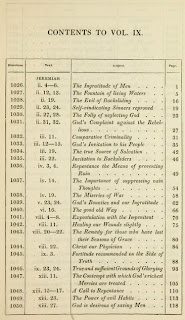 The source of Simeon’s influence was clearly focused discipleship. Around the inside of the pulpit of Holy Trinity, where only the preacher could see it, he engraved the words of the Greeks in John 12:21, “Sir, we would see Jesus.”
Simeon walked faithfully within the constraints of the unreconstructed Georgian Church of England, helping young disciples not to spin off up their own pious rear ends. Simeon took God and his Word more seriously than his own attempts to follow God and his Word. He refused to allow discipleship to be cheapened into mere zealotry, and the results were transformational. He led a new wave that reached around the world (he was one of the founders of CMS) and transformed English society, abolishing slavery, and bringing in socially progressive legislation to protect children and others, under the parliamentary leadership of Lord Shaftesbury.
At the roots of Simeon’s discipleship was an awareness of grace, as a way of life:

With this sweet hope of ultimate acceptance with God, I have always enjoyed much cheerfulness before men; but I have at the same time laboured incessantly to cultivate the deepest humiliation before God.

This was no false modesty, but the theological principle that gave discipleship a real cutting edge

Our holiness is an effect, not a cause; so long as our eyes are on our own personal whiteness as an end in itself, the thing breaks down.

The crude moral is, perhaps, that when disciples stay close to Jesus and grow up, stop faffing around Church politics and pull their finger out they can really make a difference.
Posted by Bishop Alan Wilson