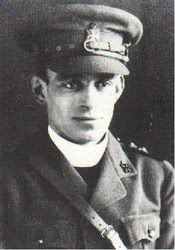 Before leaving this season of Remembrance, a passage from the writings of G. A. Studdert-Kennedy, World War I Uberchaplain and evangelist, caught my eye. Democracy and the Dog-Collar (1921) is about the organisation of working life, reacting to the claim that the First World War was a failure of Christianity, but this says something powerful about ecclesiology, too...

TRUE PERPETUITY IS ONLY OBTAINED BY PERPETUAL READINESS TO CHANGE
ORGANISED Christianity is a failure, but then organised anything is a failure. Christianity is a life, and you cannot really organise life in its fulness. It always tends to break its body and reform it into a more perfect expression of its real soul. It is not only organised religious life that fails and is always crying out for reformation; organised political life fails, and is always crying out for reformation. That is the necessity that lies behind political change. An organisation that was not a failure could never hope ultimately to succeed — it would be dead. Christ has always been greater than His Church, and always must be, until His Church becomes the new Jerusalem and the Kingdom of God.