We need inspiration in these dark days. Every now and then the animal kingdom throws up an iconic hero for our times — Rin Tin Tin, Simon, Ship's Cat on HMS Amethyst... Reading reactions to Rowan’s Law Lecture last week, I propose Mike, the Rooster (1945-7). For two years after a botched execution attempt Mike the headless chicken lived a celebrity life, touring with various exceptional chums including a two headed calf. He even made Time Magazine.

His success resulted in a wave of copycat chicken beheadings, but no other chicken lived for more than a day or two. A pickled chicken head was also on display with Mike, but this was not Mike's original head, as the cat had already eaten it.

Like other postwar youth icons, Mike died mysteriously and young, in a motel room in 1947 (“but how did he get the barbiturates down?”) To this day Fruita, Colorado has a Mike the Headless Chicken Day, which has come early to Fleet Street this year. Among other kiddies’ diversions there’s “Chicken Bingo” where chicken droppings on a numbered grid pick the winning numbers. Try that in the Sun?

The moron version of this story goes like this: 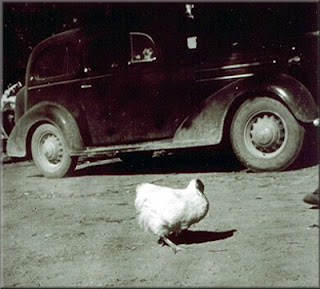 For some inexplicable reason, but mostly just because he’s a bit of a lefty, the Archbishop of Canterbury has randomly suggested swapping our legal system for the Saudi one, complete with burkas and public decapitations. This all goes to show how the C of E has lost the plot and somehow managed to become simultaneously feminist politically correct and fanatically Muslim, along with everything else we don’t like or understand.

And so say all the silliest rentaquotes out there, especially the ones who hadn’t got round to reading the lecture before the journalist rang, but thought they’d have a go anyway. The real story (here), bears absolutely no relation to the moron one. Andrew Goddard’s intelligent Evangelical analysis is here.

The issue of how to relate effectively to others in a globalized world is obviously crucial. Any notion we can simply sail on like it was the fifties is dangerous childish rubbish. Rowan said

if we are to think intelligently about the relations between Islam and British law, we need a fair amount of 'deconstruction' of crude oppositions and mythologies, whether of the nature of sharia or the nature of the Enlightenment

Anyone who really thinks this is a “hysterical outburst” can borrow my kids next weekend. Most reactions to it have conclusively proved this point. All the (boys’) toys come flying out of Jeremy Clarkson’s GT pram in the Sun. He proposes his own religion:

It’s headed up by a God, called Enzo, who says that a wise man should drive in bus lanes and that speed limits are for the weak.

He also says that smoking is a noble thing to do, particularly in a pub, and that his followers are exempt from the London congestion charge.

He also says I can sleep in any church that takes my fancy, drink all the wine and use the archbishop’s hat as a urinal.

It’s the job of the Sun to entertain us, and the job of our spiritual leader 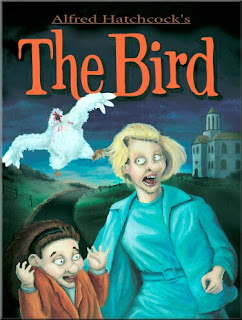 to scope hard questions we’d rather ignore. Rowan didn’t propose radical answers, let alone anything buffoon entertainers like Jeremy Clarkson are accusing him of promoting. He drew attention to something we may not have noticed that’s already going on, asking our best legal eagles to work it through. Confronting people with hard headed questions they’d rather avoid is what real leadership is all about, stimulating not squashing intelligent debate, not pandering to fears and prejudices; far less keeping young Master Jeremy’s bottle warm.
Posted by Bishop Alan Wilson

You're a wise man Bishop Alan.