Disraeli in the Sky with Diamonds 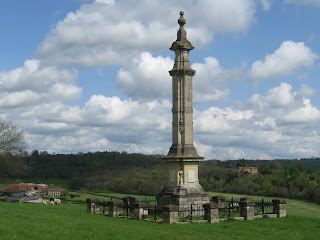 Very pleasant arm-in-arm lovey-dovey walk with Lucy over to Mary Ann Disraeli’s obelisk near High Wycombe, followed by lunch together at Disraeli’s old home, Hughenden Manor. The lambs were gambolling with their mumsies in the fields, the sun shone, and Bucks looked verdant and glorious in spring. 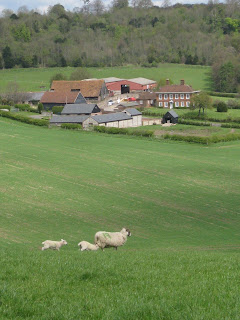 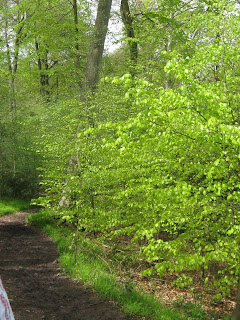 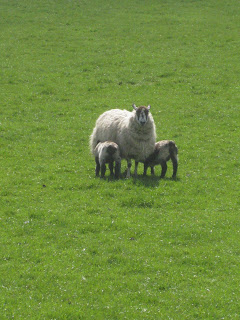 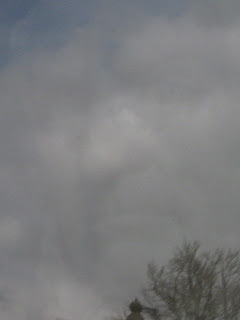 Unusually, when I got my camera home and downloaded the pictures onto my computer, close examination of a chance shot revealed a miracle, on a par with the Nun-Bun, and the last Pope’s appearance on a Polish bonfire last year. There, miraculously (no Photoshop, I promise), his face clear as daylight in the clouds, was Benjamin Disraeli himself! Watching over his beloved High Wycombe from the great beyond, was Queen Victoria’s favourite Prime Minister, large as life and twice as natural! 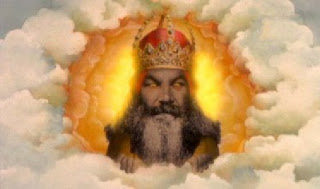 This miraculous appearance by the Earl of Beaconsfield is particularly pleasing to me, as a nineteenth century historian. My medievalist colleagues at Balliol had subjects pulling this kind of stunt all the time, but I think this appearance is probably a first for a jobbing Victorian politician.

And so tastefully done! It’s probably a sign. Of what? Why would Disraeli be appearing in the sky over High Wycombe yesterday? A sign for Saint Boris’ Day? A portent of Tory resurgence? 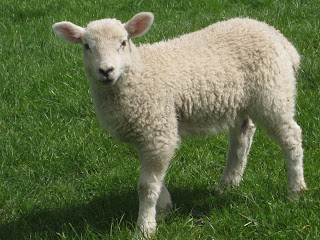 It could be a warning. Perhaps he’s cross with us all for thinking Sharia has only been recognised and incorporated in UK law since the Dissolution of Muslim Marriages Act 0f 1939. In fact, the first Westminster Statute effectively to establish Sharia in a British Jurisdiction was one of his. Exactly 150 years ago, Disraeli as Leader of the Commons steered through Lord Stanley’s India Act of 1858. Of course. And there are still pig ignorant hacks out there who think Sharia hasn’t ever been recognised in English law.
The Earl of Beaconsfield and I wonder if the rest of their news is 150 years out of date?
Posted by Bishop Alan Wilson

Did it rain later? I imagine he was weeping over the result in London

Honest, guv. Who needs Photoshop when you’ve got a Victorian plate glass window with a marble bust of Disraeli in his garter robes just behind it?