Women bishops — but how? 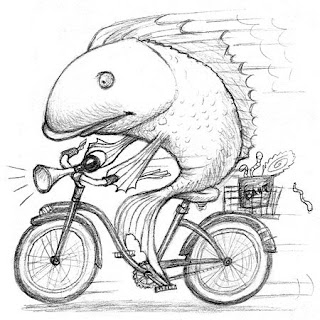 Big stack of reading over the next fortnight, on women bishops, including the new report about implementation possibilities from the Bishop of Manchester’s group. I’m all ears (eyes?), and look forward to the college of bishops later this month. It was very helpful indeed to have full (anti) comment from Cardinal Kasper two years ago, albeit from his narrow denominational perspective. I will also revisit the substantial theological reaction to the Cardinal’s lecture from the Bishops of Durham and Salisbury in 2006, which set his advice in a biblical, broad ecumenical and historical context.

Before I start reading, three immediate historical thoughts come to mind, process markers rather than conclusions:

Sometimes I think the most helpful thing would be if we Anglicans took a deep breath, stepped back from our churches for about a year or so, spent some time talking to folks in the real world, and then came with some sensible ideas on faith and polity.

There seem to be two aspects to ministry in the C of E — on the one hand the (increasing) joy and sometimes burden of running a voluntary organisation and on the other interaction with the population and society at large. Most vicars get their primary energy from one or the other. For most of my parish ministry the vast bulk of my time has been spent with, and energy came from, people who weren't church insiders. From that perspective the in-house ideological squabbles seem a bit silly. After 29 years ministry in the C of E I can say one joy of ministering in an established church has been the facility to forget about polity / church politics (which I haven't had to think about for more than twenty minutes when I was at college) and get on with life.

I'm strongly with you, Tim. My ministry as a bishop isn't about getting people to be good denominational company women and men but facilitating us all to orientate on the real world and its needs. I'm convinced that's where Scripture and tradition indicate our priorities should lie, not church politics.

We ordain women because we baptise girls. End of comment.

I’m with you, Ruth. If it's not too anoraky and it probably is) I remember arcane discussions fifteen years ago about women's ordination and the need for whoever was presiding at the Eucharist to be “in the place of Christ” and thus male. But that begged the question "just like Christ, how?" presumably not in having a beard, though I think there was some wacky sect of Christians who thought that. In being Jewish? No, says the NT. In being male? Well, if that's a necessary occupational requirement, the implication isn't not to have women priests, but to have women priests to do for the women whatever it is Christ does for the men by this weird representation. So the only possible iteration to the "icon of Christ” argument becomes “like Christ in his humanity” — a concept inherently bigger than gender.

My former bishop, Victoria Matthews, never tired of pointing out that the phrase 'woman bishop' is grammatically incorrect, because 'woman' is not an adjective. After all, we don't say, 'man bishop'!

Next Sunday (May 11th) Jane Alexander will be consecrated to succeed Victoria. So far the sky doesn't sem to be falling...

Presumably a Man-Bishop would have to practice Muscular Christianity...

I was told that the reason the Orthodox Church stopped ordaining women priests (presbyterissae) was because as the iconostasis became a solid boundary rather than an arched/pierced screen, the congregation started making insinuations about what the priests might be up to behind closed doors. (Plus ça change, plus c'est la même chose...) You would have thought this would have led to a less opaque iconostasis rather than the abolition of women priests, but that was the weirdness of the medieval mind...

I think the conservatives in the Anglican communion are making it look silly to the wider population who don't get the theology of it all.

Yes to women bishops, say I. (Though I'm probably not entitled to a vote, being a Wiccan Unitarian...)

You will find that the new documents are not a large bulk and will take you under an hour to read - and anyway no surprises - nothing we did not hear about before.
However, with the massive prejudice that you exhibit in your piece why do you bother to read these at all?
It is clear that you already know how you are going to vote. It is people like you who make me more aware that the CofE is not the place where I can live my calling as Christian and Priest anymore. So thank you for this piece, it has proved to me how far some of our bishops are from the inheritance of Faith and how keen to hurry people like me (including my family) out of what we hoped (as was promised) would be a lifetime of service.

I read documents, including, for example, publications like New Directions, because I might be wrong. There is an ancient Benedictine principle that the most difficult, least voice, may be the means of God speaking to a community, and it's important to hold out the possibility of that being the case. The church has always to be open to the possibility of correction and development.