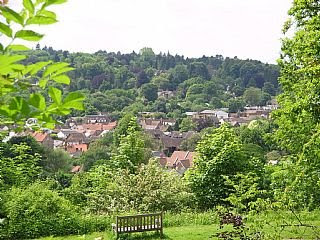 Time was an Englishman could only get another Englishman to despise him by opening his mouth. Nowadays you can just give him your postcode. I got star billing in David Aaronovitch’s Times column yesterday. Sadly it wasn’t me David was interested in, or anything I had to say, but where I live. He was spanking bishops for being middle class and whining, and the cliché doesn’t really work when the bishop you really want to spank lives in Manchester — God! Manchester! — so you have to wheel on another one from somewhere that sounds posher. I’ve always really enjoyed David’s stuff, and I’m delighted to lend him my postcode. 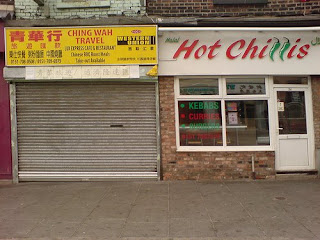 Apparently David was just tucking into a late night kebab with his chums in Toxteth, or wherever he lives, and an American friend said “The British are a nation of hysterics masquerading as stoics.” I wish I had said that, Oscar. A major aphorism is born, and I salute it.

Whatever David’s postcode, I think his point is very helpful and worth pondering. To what extent is this report about middle class entitlement? Lots of members of the Church of England are middle class and some of them feel undervalued. Bears-in-the-wood fans will notice that the word “middle class” is still enough, in itself, to curl the lip of Hampstead Man with scorn and contempt. 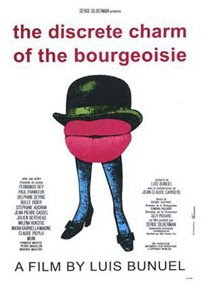 Most public comments on David’s column say sensible things, especially when you ignore the 85% that are obviously generated by machine for every newspaper comment box about religion (“God is (or is not) a nasty imaginary sky fairy” etc. etc). Yes, we are all middle class now; even David. But his middle class whining is OK, of course. It’s his column, after all, so he’s entitled. Yes, lots of religious people are, in fact, anything but middle class. Yes, middle class people pay the taxes that fund this lot. I buy all that. I think, however, David’s isolated a small but helpful element in this matter, about which it’s worth trying to be self aware. The key critical question is always “for whose benefit?” It’s good to be reminded of that and bear it in mind.

That said, when you actually read this report, it is not in fact trying to secure extra seats in the house of Lords, or even funding. Its point applies to all mainline religious bodies equally, indeed everybody, although its particular evidence base was about the Church of England. It calls for two simple things:
I don’t understand how either of those things, were they to happen, would disproportionately favour David’s middle class dinner guests. Quite the reverse. Surely everyone would benefit from a better informed and fairer third sector process, but especially the poor and marginalised. One Balliol man to another, what’s driving your middle class whining, David?
Posted by Bishop Alan Wilson

Quite apart from any other considerations, some of the things emanating from government are downright eerie.

is basically their blueprint for dealing with Armageddon and is supposed to be telling civil servants about the needs of "faith communities" (Baha'is to Zoroastrians). I have absolutely no quarrel with the need for awareness of particular religious needs, but there is something profoundly unsettling about the way it solemnly explains how Christian names and surnames work.

Thanks for the tip off. I quite agree there needs to be some generic guidance about this sort of thing no doubt, but this is a strange blend of Orwellian and bleeding obvious. Semi accurate, for example because it knows nothing of the composition of a Roman Catholic Bible (pretty basic information, I would have thought); nor even of the number of church halls and buildings in the country — apparently you head for your nearest Salvation Army, seven miles away from here, and driving past twenty churches and church halls on the way). But there you are. It's a start, I suppose.

I live in America, and of course we have a different point of view on these matters...it is always interesting to look at objects from the opposite end of the telescope. Many of us who are Episcopalians and who are very concerned about our relationship with the Church of England also have a stake - for better or worse - in the question of church establishment. We also have our own private schools, charities, and so on, that we pay for ourselves without any form of state assistance - except of course for George W. Bush's "faith-based initiatives". Things do not get better under disestablishment, because that merely moves the culture wars from the public (religious) sector to the public (secular) sector. The most important point is not to get the church out of public education, but the get the whip hand of the state to loosen up so that a free society can function as it should.

Bill, many thanks for bringing in the US dimension, I think we all have a lot to learn from the US experience. This last week I was discussing communion matters at depth wth a much respected US Episcopalian colleague who has a big understanding of ecclesiology,who's serving as a priest in Bucks. We discussed the thesis that one of the things that has taken some wind out of ECUSA sails is the decay of the kind of learned liberal protestant disestablished "establishment" that has historically applied in the US (Episcopalians, Methodists, Presbyterians) — call it a cultural ascendancy if you will. As new evangelicalism has flourished, pentecostalists and baptists have nudged closer up the Big Table, and a note of uncertainty has entered into the soul of ECUSA. Bereft of its cultural anchors and leaching confidence, people start suing each other and behaving badly towards each other. Virginia catches a cold and the whole communion begins to sneeze. That's the hypothesis anyway.

It got me wondering whether the technical, political fact of establishment is, in fact, as significant as it's been made out to be. I think I agree with your instinct, which I hope I'm hearing aright, that the big question is about maintaining freedom in the face of supercharged government pressure for conformity to a novel and intrusive form of secular "religion." In a week parliament over here has voted for 42 day suspension of habeas corpus, it's a big issue for me, affecting more than just education and social care. In the latter field it's RC adoption agencies feeling the pinch. But the pressure is there all along the frontier.

Deeply grateful fr your point, Bill. I think it's worth pondering and developing. Thanks very much.

Yes, what you Bishop Alan, what you say is true, even more so...not only has the "liberal protestant disestablished establishment" in America gotten the wind taken out of its sails...it is in the process of comitting suicide. Examples: Both George W. Bush and John McCain were cradle Episcopalians; McCain, a Navy Admiral's son, even attended Episcopal High School in Alexandria. George W. Bush now belongs to the Methodist Church, although for convenience sake he and his wife have been attending St. John's (across the street from the White House) when in DC. (At Camp David, they visit a Methodist Church nearby.
One cannot imagine the cultural angst caused by the breakaway of the Virginia Churches. To begin with, this is the very core of the Republican political elite seceding from the "disestablished establishment". Alberto Gonzalez, Fred Barnes, and Mike Gerson (President Bush's speech writer) all belong to The Falls Church. But there are many notables and unsung celebrities still on the other side of the divide. Christ Church Alexandria sent Gordon Sullivan, former US Army Chief of Staff, as a delegate to Diocesian Convention, a couple of years back. Here in Fredericksburg lives Nancy Reagan's speechwriter, who attends a liturgically conservative church with a now-liberal rector. And I believe George Will is firmly in the grip of the Diocese of Washington DC, I think he attends one of those "houses of prayer for all people" up in Northwest.
So, yes, we broke here. I said for years that the (dissestablished) Establishment was sleeping on a powder keg. It exploded in a different place and a different manner than I had anticipated, because I really expected that the old corps, old money people would somehow wake up to the danger and put things right. But even now, these same people are still in deep denial. They don't want the church to change, they don't like what is going on, even sometimes wage a form of guerrilla warfare in the vestries, but when the bishop shows up, they just listen and nod politely. And whatever the bishop says goes. So when it is the bishop himself and his carefully vetted clergy who are slowly and sometimes not-so-subtly propagating gunpowder, treason, and plot, they don't know what to do, and they seem to just want to make it to the grave - apres moi, le deluge. But the deluge is here, it is now. In Virginia, the vestries are slowly being stripped of all authority and autonomy. That is the legacy of the Acokeek trial, in which Diocese of Virginia weighed in against the vestry of Christ Church Acokeek against the acting Bishop of Washington DC. No rector worth his salt, liberal or conservative, fails to succeed at packing his vestry with yes men and yes women. (I know this only too well, since I am in my second of three years in hopefully my first and last term of service.) It is very sad to watch. It is pathetic. It is a poem by T.S. Eliot.
So when I read books like "The Abolition of Britain" by Peter Hitchens, I can relate, if not fully understand. I am not a cradle Episcopalian...I was born and raised Methodist. My family had not been Anglican since the American Revolution, before my Aunt Libby found the prayer book and I came to the Church by way of paleo orthodoxy. For in America, Methodist and middle class are almost synonymous.

I only just spotted that this post made the Radio 5 Britblog Roundup on their Pods and Blogs programme, and they were very complimentary about your blog.

I have the audio somewhere, which I'll post asap.