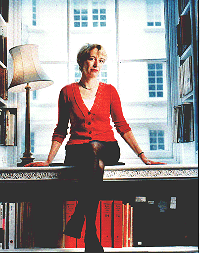 Is Facebook doing all our brains in? Susan Greenfield is the country’s most distinguished popular brain scientist, and has asked hard questions in the house of Lords about the harmful effects that hours spent on Facebook may be having on our childrens’ attention spans and social development.

devoid of cohesive narrative and long-term significance. As a consequence, the mid-21st century mind might almost be infantilised, characterised by short attention spans, sensationalism, inability to empathise and a shaky sense of identity

Woody Allen once said his Brain was his second favourite organ, so this is an urgent question. And, typical Anglican, my instant superficial response is to say I believe that, as reported, her words are both entirely correct and entirely wrong-headed. 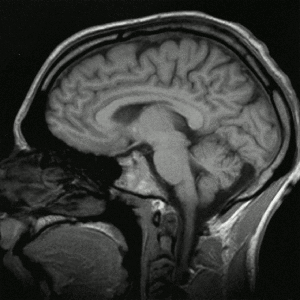 Her concern is fundamentally right, because everything we experience has some impact on the brain as a complex self-organizing system. We learn by adaptation, and it is impossible to think that, however we fill our hours, this will have no impact on our personalities, expectations, skills and aptitudes.

That said, I believe her particular concern is probably entirely misplaced, in the grand Scientific tradition of Dr Dionysius Lardner’s dire predictions that trains would kill people if they went over 40 mph. 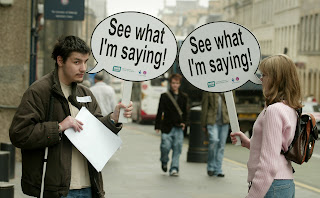 Therefore, above all, I beg to differ because the vast majority of young people I meet are intensely socialised and socialisable, very aware of others, and far less geeky and withdrawn than many of my compadres were thirty years ago. My generation’s geekiness resulted from hours reading books on our own, when we should have been socialising with small talk down the pub.

If you really push me to source attitudes that are “infantilised, characterised by short attention spans, sensationalism, inability to empathise and a shaky sense of identity,” I’d head right for Fleet Street. Since nobody much under 30 reads a newspaper any more, I’d say the human race’s social future is pretty secure...
Posted by Bishop Alan Wilson

Well said. It was interesting how much coverage this story got compared to this one: http://www.guardian.co.uk/uk/2009/feb/25/internet-children-sexual-predators-abuse

Many thanks for this Alan. I was going to post a blog on this but will tweet your post instead. It was interesting to note that the learned Professor was sharing an opinion and couldn't back it up with research because non has yet been done. Yet, her words were quoted as scientific fact in many of the papers.

Newsnight picked up on this last night and highlighted the weaknesses of her argument in an interesting discussion.

Honestly, my friend. How the heck to did you manage to become a bishop? Did you pretend to be reactionary and prudish at the interview? You must have dumbed down or something.

Anyway, I don't think you'll get any further. Not if you are going to insist on posting rational, sensible responses like this on your blog.

Goodness me. Spent hours on the phone with your girlfriends (plural). This must have warped your brain and led you on to become a bishop.

I can thoroughly recommend Don Tapscott's book 'Grown up digital' which stands against comments and thinking like Greenfield's and instead describes and characterises the younger generation as having a great deal to offer. The fact is, however, that they do think differently and operate culturally in ways that Boomers won't understand. Tapscott is worth the read if you're interested in getting your head around this generation for whom Facebook is ubiquitous.

The thing about facebook is that it has so many add-ons (applications, games, etc) that it is hard to make a general statement about how it effects us. One person may use it entirely differently from another - one purely for communication purposes and another for playing games, taking quizzes, or whatever else may be available. The overall effect may be quite different from one person to another due to the nature of what they do with it.

That could apply to many things, I suppose!

Thanks for excellent comment from all, though reading them took at least three minutes for further brain-mushing online. Phew! I'm so glad Professor Greenfield is Wrong.

Alan, many thansk for the Guardian report about children's use of networking sites 'n crimefighting. I think a lot of the stuff in the papers is driven by fear for the future of old media.

MadPriest, who am I indeed that you should join me on this page? Your blog is one of my constant inspiratons and guides (though I keep very quiet about it for professional reasons, you understand.) Oops! I think I've said more than I should.

Meanwhile a friend tweets me from the US to say she has given up all drink except water for Lent. In a flash of insane radicalism, I goad her to go the whole hog and give up water. If she does that I will investigate the possiiblities of giving up air. Not sure about that one, but you can see Lent here is dragging somewhat already.

Sorry that was an excursus. Adrian, thanks. If you knew the ladies concerned like I did, you'd realise how serious the problem was.

I;ve ordered in Don Tapscott, whose book looks fascinating. he did one a few years ago, I believe called "Growing up Digital" I imagine this is the next phase of his research, and it strikes me that, along with the writings of Steven Johnson about brain science and computer use, it will guide us closer to the truth on this one than the Prof...

I'm not sure the Prof does understand what Facebook is; her comments could, perhaps, apply to some immersive gaming experiences like World of Warcraft. Unconfirmed reports do speak of skeletons being prised away from keyboards after 48 mararthons, with their night elves still mining. By cway of contrast Facebook, however, strikes me as a capacity builder for social networks. Lucy, thank you for your point which extends the discussion helpfully. It also reminds me that I think that on balance I resent Facebook apps and steer clear of them, even from nice people “Fred Bloggs has inserted a viole into your trousers. Click here and stick a stoat in his ear..." Boring) I do the occasional quiz,I suppose. You are exactly right, though, it;'s impossible to undretsand the impact of Facebook on people without considering what they actually do on there, any more than you could generalise about the effects of the automobile on drivers without understanding how and where people drive.

"Autism seems to be a parking lot for anything we don't like and don’t get — it fulfils the social function witchcraft did in Salem, MA."

Like some questionable journalist I have yanked one sentance out of context - but for good reason - it seems to make no sense.

what are you trying to say about autism?

All the best as always

Well, if Alan will continue to blog with such brilliance and all my favourite bloggers start commenting here too, I'll have to come back after all.

I agree with what you say, Alan, but I would argue that the reading you and I used to do when we were younger has at least helped us to end up reasonably literate and able to express ourselves. And more importantly, to know which style of expression is appropriate in which context.

My children may be much more socially adapted than I was at that age, but, they struggle much more with complex sentence and literary vocabulary and it sometimes seems to be an uphill struggle and a constant battle to persuade them to use sentences that deviate from the normal: “So she goes… so I went like…. and then he goes… and I go….yeah, well, you know, like…”

And that in a bilingual household with a translator for a mother!