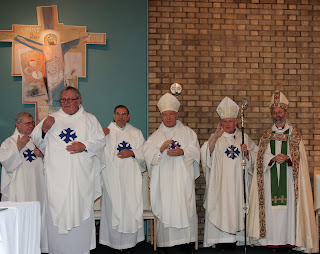 The time aorund All Souls Day can be disturbing. This year I went to our local RC Church with my friend and colleague Bishop Peter Doyle of Northmapton and the Archbishop of Ljubljana for a Mass of Reparation for the victims of Slovene atrocities in May and June of 1945. This was all put together by Keith Miles of the Anglo-Slovene society. The Slovene Ambassador attended, and we all ended up on Slovene TV, an unusual experience. The story behind this event does not reflect well on anyone, but it’s important to acknowledge its significance and learn from it. 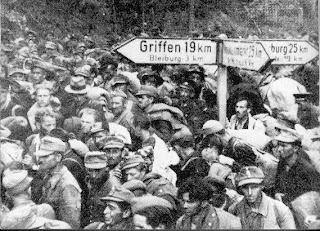 It concerns 12,000 Slovenian troops who had fought for Nazi Germany and surrendered in Austria. Those who knew they might not fare well in Stalin’s hands rushed to surrender to the Americans and British, hoping to save their lives from the gulags. It appears they were promised humane treatment and a home in Italy, then packed by the British into cattle trucks that took them “home”. Who knew how much when, and how these actions relate to the scramble among the Allies as the future iron curtain was forming up in 1945 is still unclear. 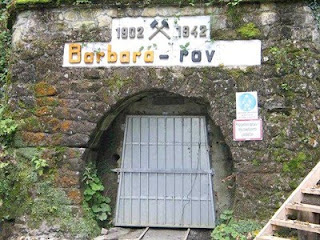 The cattle trucks took them to a place now known as Huda Jama, where they were herded through a 320 metre tunnel to pits where they were stripped and systematically slaughtered. Their bodies were walled in to avoid future detection, and the whole affair tactfully forgotten. You need make no value judgment about these peoples’ politics or why they fought on the side they did in World War II to see it does nobody any credit to pretend about such an atrocity. 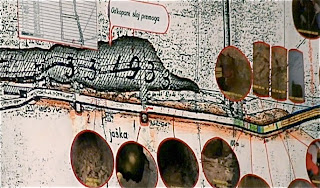 Brits and Americans like to believe we were always the good guys. In the main we were, perhaps, but we have our own dirty little secrets, too, and it does no harm to be reminded of our own capacity to be complicit in evil, just like everybody else. The murderers were home grown, but they would never have been able to murder without British troops herding prisoners of war into cattle trucks, some like the Michael Palin character handing out crosses in Monty Python’s Life of Brian, courteously and perhaps even with a few twinges of regret that they might be sending those poor devils to their deaths. Well, they were. Even (especially?) the British need reminding that sometimes the interests of the Great Game, courtesy and administrative efficiency, are not enough. 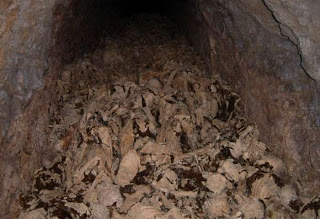 These were not the only nor the latest tunnels full of of dead bodies, not even in the former Yugoslavia. Only by encoding the past in a truthful way can we hope to understand our own capacity for evil, complicit or instrumental. Only by acknowledging that can we truly resolve to act differently, should our turn ever come to make the kind of fundamental moral choice, life or death, that most home counties Pelagian English obfuscate about and avoid. The unquiet dead should not go away without some formal acknowledgment, and act of reparation.
Posted by Bishop Alan Wilson

Father, a stunning post, if I may say. I read this still freshly haunted by the echoes and sights of Yad Vashem in my mind - and it is timely to be reminded that so many people on all sides perished as a result of the 39-45 war. I reflect on your sentiment that we westerners (and perhaps I mean specificially we the British) sit back with a sense of some complacency in matters surrounding the slaughters of those years forgetting that no hands were clean of blood. To offer the Yad Vashem model, there are victims, bystanders and perpetrators - and all nations fitted on the that scale somewhere, sharing the appropriate responsibilities.

I thank God that the memories of so many nameless defiled cadavers who were once vital lives with hopes, dreams and families are being remembered - and in prayer and worship is as good as any.

I am sick of seeing carcasses with tent-canvas skin - and I am even sicker that there are places in this world TODAY where their number is being added to.

Chung Hyun Kyung, author and theologian, told us that in Korean traditions there is a belief that the dead will not rest until justice is done for them. Thanks for hearing them.