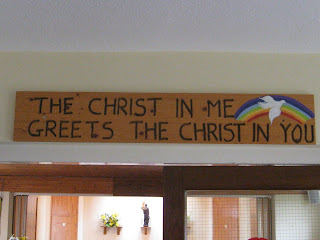 Glorious Sunday, opening a new community hall at Christ the Worker, Langley, Slough. There’s real closeness and human warmth in a Church with big challenges, and people really know and care about others — I felt much at home. The new hall extends the considerable work the parish does in its community. We’re currently recruiting a vicar to lead the next phase of its mission. 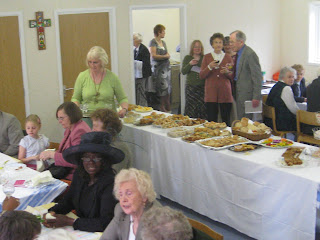 Now that John Mortimer is getting on a bit, Simon Jenkins is becoming the doyen of Britain’s Atheists for Jesus. Last week he attended the reopening of Saint Martin in the Fields in London, and described in the Guardian a simple but important fact of life in Britain today, sometimes overlooked:

Critics of the Church of England should give credit where it is due. Its house journal, the Church Times, may be filled with feuding bishops, gay rights, embryo conflicts and health-and-safety woes. But there are some things the church does well. One is architecture and the other is unofficial welfare. 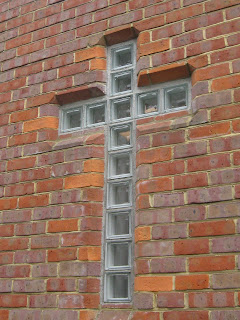 Across Britain's cities historic neighbourhoods are being demolished and civic institutions fleeing to the suburbs, to be replaced by shopping malls. The police station is gone, the primary school closed, the youth club defunct, the library and post office shut, their staffs unionised into apathy or regulated beyond financial viability. Yet the old church plods on. The sooty spire soars over the wilderness while round its base fusses the exhausted vicar...

As an atheist I might wish it were not so... Against this must be set the example of St Martin's, repeated in microcosm across Britain. Whenever I have visited poor places - such as Salford, St Paul's in Bristol, or London's Poplar - and wondered to whom the desperate turn in time of need, the finger points to the church. Of all voluntary institutions those based on religion are the most present and the most committed. One reason is that the parish priest is the last profession that still rates it essential to live among its clients. All the others have fled... 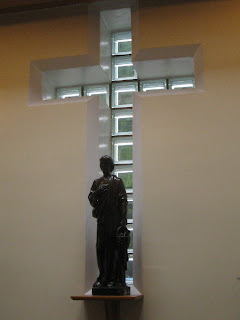 I am told that the Church of England reckons it saves the taxpayer some £5bn in unpaid social work. The same presumably goes for other denominations. By being parochial and personal, this must also be the most efficiently distributed welfare in the country. The fact that churches are so heavily involved in social work indicates how many people still fall through the net of the welfare state... We may choose to leave the faith out of it, but we can yet marvel at the mission. 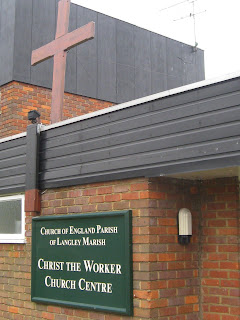 I doubt that Christ the Worker is exactly Simon Jenkins’ kind of Church; but its committed personal care and community development over forty years make it one of mine. I'm immensely proud of what people do there day by day, week by week. It defines what the Church of England is about less pictographically but more clearly, in some ways, than many of our fine medieval buildings. A vibrant Gospel heart births a community who do Christ’s work in his name. Praise God!

As a member of Christ the Worker, I was touched to read this entry. Months later, I am pleased to add that the process of finding a vicar culminated in the appointment of a superb man, most definitely called by God both to the ministry, and, in this instance, to Christ the Worker. This was due in no small part to to the guidance and input of Bishop Alan at every stage in the process.

It was a real joy to spend a couple of hours personally with Colin the other day, and see how he is getting stuck in and flourishing. Thanks you for all you do to build the kingdom together. You are often in my prayers.