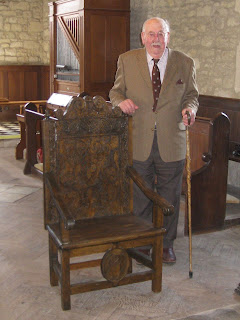 I have sung the praises of John Boughton, of Ashendon before round here. He’s been a churchwarden 55 years, as have members of his family over several generations. John made my pastoral staff, having farmed sheep in these parts a while ago. Therefore I couldn’t refuse the offer of speaking at the annual Ashendon Gate Hangers Dinner. Back in the late fifties the village allotments needed a new gate. John made it, but it took a few years to hang, along the lines of this old story: 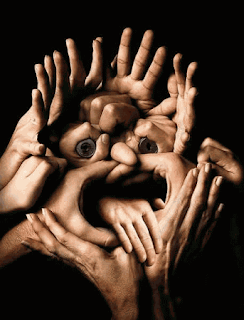 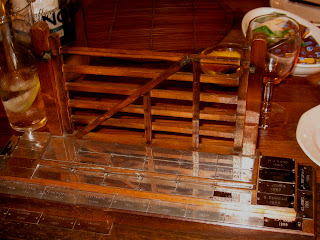 Anyway, after much discussion in the pub over a few years, by 1962 the gate was hung. A celebration dinner was organised in the Red Lion. There hadn't been that much by way of village feasts since George VI’s coronation in 1937. That night, John made a gate to present to the person who had done the noble deed. 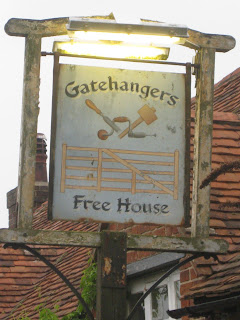 And every year since, a dinner has been held in the Red Lion, and a presentation made to the man who has done something special for the village, practically speaking, during the year. This tradition is now in its 46th year, and in the eighties the name of the pub was changed to the Gate Hangers — the only one in the country; and now you know where it got its unusual name. I was proud and delighted to turn up and tell a few jokes to the 50-ish people at this year’s dinner.

All very English, you may say. People talk about hi-concept ideas like social capital. This story demonstrates how churchwardens can bring people together in a village and, in the process, get a gate fixed for the allotments...