Kipling for profit and pleasure...

The late great Sir John Harvey-Jones, King of the Kipper Tie, used to remind lily-livered businessmen shivering on the brink of change, “Remember, you can only get shot once.” True, but our elders and betters in the General Synod seem to have devised a way of making getting shot take about thirty years. Fun it ain’t. 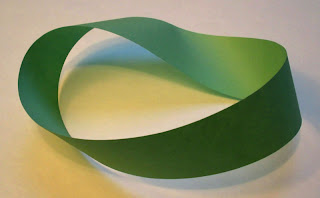 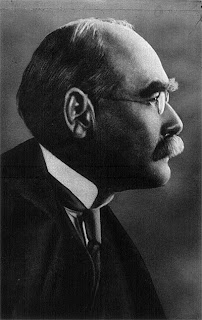 Everybody knows it’s coming. The question is “how?” There’s a discussion Tuesday among my colleagues in funny hats, to be developed by the House of Bishops (of which I am not a member) another day, and taken to the General Synod to decide. Justice, operationally, to losers — of course; but it’s kindest and truest to make up our minds. Personally, I’ve been trying to stay my anxiety in the traditional way for frightened males of my father’s generation to calm their nerves: an evening’s anxious Kipling:

Man, a bear in most relations—worm and savage otherwise,—
Man propounds negotiations, Man accepts the compromise.
Very rarely will he squarely push the logic of a fact
To its ultimate conclusion in unmitigated act...

So it comes that Man, the coward, when he gathers to confer
With his fellow-braves in council, dare not leave a place for her
Where, at war with Life and Conscience, he uplifts his erring hands
To some God of Abstract Justice—which no woman understands.

Friends, shall we Kipple? probably not. The time for Kipling is over. However there is a line that runs from Duck-Rabbit integrative complexity to subtlety to ambiguity to fudge to hypocrisy. Now’s the time to decide where we place ourselves on that line, and the way to decide, after we have listened carefully, is by charity and higher logic, not the purest hobgoblins of small minds.
Posted by Bishop Alan Wilson

Thank you for (as usual)a clear affirmation that legalising schism doesn't lead to being able to live together in mutual respect....but the kipling.....? those verses were fascinating so I looked up the context and I'm not so sure about that!!!

I suppose this is 'too late' now but here you go - isn't the problem due to some not sharing the view that 'it' [female bishops] is going to happen?

And despite what I think about this isn't one of the contending factors some form of compassion to those who do not see female bishops as 'biblical' (for whatever warped reason) or risk offending them to the point of '@#*$ ^&! I'm off!'and realising that that's not necessarily the way forward - it's about timing and persuasion in some ways I think - unless you really address the fundamental role of the 'priest/vicar' which could be even more controversial...

Rosalind — thanks. I'm not actually suggesting a feminist reading of Kipling — that would be weird! He's a funny old stick, and I have to say I'm not a regular fan. But he is saying something interesting about his (imperialist Edwardian) perception that women get on with things that men just talk about. He certainly expresses a good Edwardian fear of women which could be perhaps (but how much) ironic? He captures something fascinating about men excluding women from decision making, and I think that's what drew my attention. But his flagrantly anachronistic comments are more of a discussion starter than a position I'd own.

Many thanks, FTTFTB for your reminder about the human dimension of this, which I think we should keep before us. As to our discussion today, +Nigel Manchester's group was tasked to scope intellectual possibilities for female bishops, not to discuss the principles covered earlier in the Rochester report et al. There was, as always has been on such occasions, tremendous compassion and desire to bend over backwards to help people who cannot accept women's episcopal ministry. What perhaps wasn't quite as obvious was the fact that some women have consciences too in these matters, and are caused genuine deep pain by those who don't accept their ministry. But I think everyone realised everybody isn't going to end up with all they want. Also, I think there's a fairly general perception that dithering in itself is actually causing additional pain all round. Perhaps there are times we just can't minimise pain as we would wish. It'll be interesting to see how the mind of synod shapes up over the summer...

There is the point that if they just hang on long enough 'they' may hope it will 'just go away...'which is being as false to themselves as to anyone else - although there is the issue of pace. In America where they are really struggling the traditionalists actually got to the point of saying they could accept an openly, and practicing, gay bishop but they said before any more changes they needed time... [and then they got Schori and whatever you or I think about her - she was most definately not a sign of a breath of fresh air and gather yourselves...]

Over here with even more signs of ancient tradition it might need more time - or you could be daring and take the message from John's gospel ch 14-17(inclusive) and say we are all priests and then remember St Paul's list of callings - pastor, teacher, evengalist etc etc - which could, just possibly both reinforce the clergy and their calling and take the issue out from gender... and I'll admit my complete and utter ignorance of the Rochester report et al...

It's just a thought but I do admit to being curious about what you think of that sort of thing.

I do accept that this is a painful issue and quite how painful it is to everybody doesn't necessarily help anybody going forward - or backwards...

Sorry about delay in replying — I've been out in rural Norfolk...

There is a line I've heard that says the best thing to do is to take a clean non schsmatic measure to general synod, and see what happens. People remember how finely balanced things were in November 1992. If this is the Spirit's moment, people will be convinced and vote for it, if not it'll have to wait. The thing is, as soon as anyone proposes a clean measure, the General Synod experts say "it would never get through." They may be correct, but I think we have to take very seriously the danger of cobbing together a dirty and schismatic measure on political grounds, and then having to repent at leisure. The logic of what the letter from senior ordained women said last week is that they'd rather have the job done properly, than some kind of complex and dirty emperor's new clothes solution.

I very much warm to your phrase about "taking the issue out of gender." I'm not quite sure how, but my personal view is that the sociology of Christian ministry has always reflected the context (as per the incarnation). I;m not militantly for women's episcopal ordination on feminist grounds, but I just can't see the sense of shackling the way we structure ministry to the cultural assumptions of the eleventh century. It's plain that in NT times things were very different, and a big part of the Anglican way has been to go back to Scripture and primitive tradition, not simply embrace medievalism as normative.

Thanks for the thoughtful reply. It sheds more than light - as it sheds some grace as well.