The leaders we need 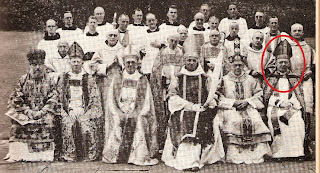 If you really want to know how standards have slipped, look at the bishops you get these days. Among photos of the Nashdom community, I found my predecessor sixty years ago (ringed in red). How are the mighty fallen!

A couple of years ago a lady came up to me after a criminal justice forum and fixed me in the eye like a long lost friend from college and said with utter conviction “you used to have a pony tail, didn’t you.” “Sorry, No” said I. “but did we know each other when I was a student?” “No,” she said, “but you just sound like the sort of person who used to have a pony tail.” 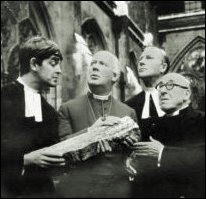 At which point the High Court Judge who’d been on the panel with me chipped in “I used to have a pony tail...”

Most appointment processes, I find, boil down to finding someone with leadership gifts to release and support others on the way. The old kind of controlled and controlling Vicar who ran the parish like it was a train set, puttin’ em on and, often as not, puttin’ em off is a dying breed. Directive fantasy can be fun, but it’s only fantasy: 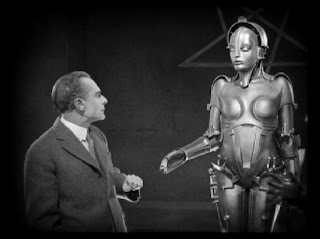 So what kind of leaders do we need, to replace the old patrician model? Psychologist and Anthropologist Michael Maccoby points out fundamental differences in personal formation and expectations since the 1960’s. In every sphere of life collaborative groups have replaced the old hierarchical rational machine. Positional authority is no longer enough to get things done. 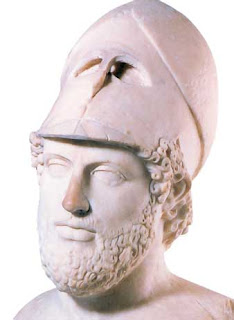 He quotes Michael Kagan on Pericles:

The paradox inherent in democracy is that it must create and depend on citizens who are free, autonomous and self reliant. Yet its success — its survival even — requires extraordinary Leadership.

This is his wish-list:
I’ll be looking out for these in parish profiles... and in the mirror?

You know, I have seen a picture of you from early in your Bishop days when it looked so like you had a pony tail that I thought you did. oops! (Are you SURE you don't have a pony tail?) I'll see if I can track down the photo and you'll see my point...