Nashdom — till we dead awaken 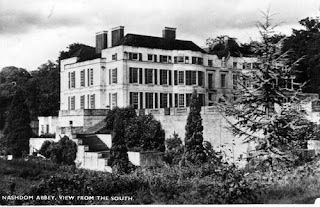 Having recently met people in Beaconsfield who had known Dom Gregory Dix, the great Liturgical scholar, it was slightly unnerving to bump into the gentleman’s grave yesterday, whilst working with a colleague in Education who lives in a flat in Nashdom House near Taplow. 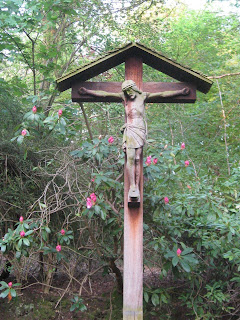 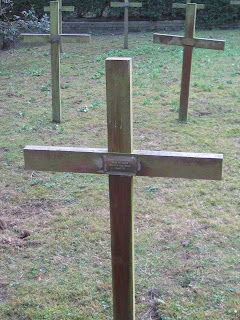 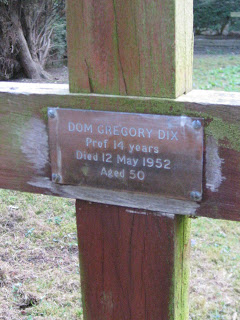 Dom Gregory died of cancer, aged only 50, in 1952, and is buried with other members of his community in the grounds of this magnificent Lutyens summer mansion, now split into flats. Nashdom was built 1905-9 for a posh Cotton mill heiress, Frances Wilson, who married a Russian prince and became Princess Dolgorouki, 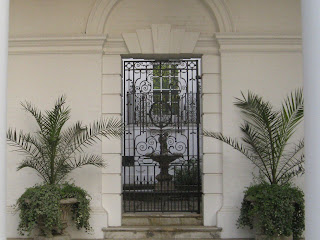 She wanted a house in the Thames Valley for weekend river parties and it had to provide a luxurious setting suitable for exiled royalty. Lutyens achieved this, not by the expenditure of vast sums of money, but by brilliant manipulation of space and levels. From the garden side, the elevation reflects the division of the house into the prince's and princess's suites, which can be transformed into a series of rooms over 100 feet long. The entrance loggia and court ...lead into a double staircase—one being the main stair, the other leading to The Big Room for grand parties... 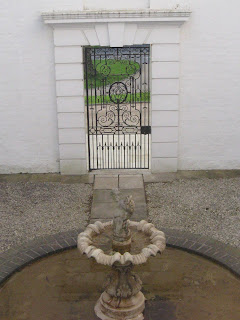 Blimey! The parties started up in 1909 only eight years before everything fell apart for Russian Princesses. From 1926 for fifty years Nashdom was a monastery for up to 40 brothers. The ballroom became the chapel. Thirty years ago the community moved to Elmore near Newbury. The house is amazingly evocative of lost worlds — The Tsarist Court, followed by the mid century glory days of triumphalist institutional Anglo-Catholicism. Tightly disciplined monasticism was somehow suffused with the culture of a slightly racy country club, 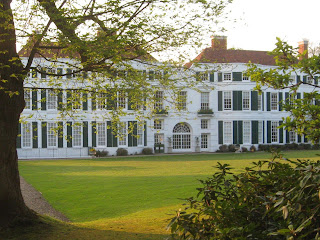 with occasional music around the piano from the London shows in the evenings. This was Barbara Pym’s world of cassocks on the lawn, priests who called people “my dear” with dry sherry in urbane huddles. Women’s ordination was as unthinkable as moon landings. Their defining Chicken Little Big Issue was the Church of South India. 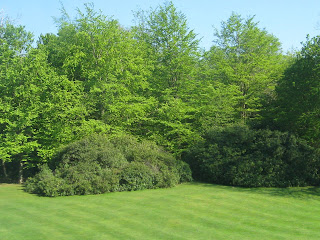 Nashdom was only ever meant to be a summer house, and must have been a pig to live in during the winter. It’s hard to believe it now, but perfectly intelligent members of the English Upper Crust obsessed about Rome and measured their swelling triumph by the number of bishops they could get to wear copes and mitres! Somehow serious intellectual and pastoral work coexisted with the Wodehouse stuff. The community took as its special intention what was quaintly called “Corporate Reunion” — 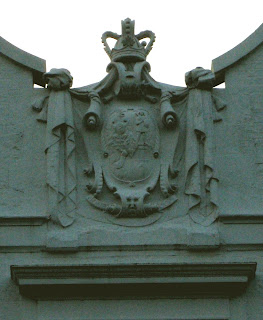 a top table institutional merger with Rome that would reunite the upper echelons of Christendom and, incidentally, dish the Nonconformists along the way. It all seems like a glint in the eye of John Betjeman’s teddy bear now. Like its secular counterpart over the road at Cliveden, the bottom fell out of this world in the 1960’s. Rising bills, the white heat of technology and Vatican II undermined the whole fantasy upon which it was predicated. All things must pass, and all that is left now are ghosts on the lawn.

The singing, of course, was lovely, even in a scratchy old 78 recording from the 1940’s. Here, with pictures from yesterday, is the timeless Lord’s Song, sung by lost voices from the Anglo-Catholic Titanic:

An unpleasantly patronizing piece of writing.

Let's see if anyone remembers Bishop Alan forty years from now . . . or even four!

Looking at this piece 21 months on, I am not very happy with it, either. I certainly want to distunguish between what made the community of Gregory Dix a considerable force in its time and the sad tendency of the Anglo-Catholic movement in the 20th century not to be very Catholic, because of excessive deference to what Fr Neville Figgis called (in 1913) "a party small, for the most part unlearned, butintensely enthusiastic, whose ideals were purely those of Latin Christianity, and whose coneption of the church was, in the last resort, ultramontane.”

The country house aspects of the place are hardly what matters, however clearly they are what the locals remember of it.

I don't think it is wise for any of us to concern ourselves overly about who remembers our names in four years or forty. But if I may suggest with a kindly twinkle in my eye, your chances of being remembered in four years or forty would be radically inceased if you were to come out from the shadows of anonymity and use your name...