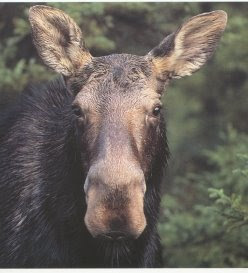 Like most Brits, I had never heard of Sarah Palin before last week. Attempting to discover who she is (apart from a hook for disillusioned Hillary-niks), I watched her Republican Convention bio, and learned:

We can all endorse that, except the Moose perhaps. I also learned, on no fewer than 12 occasions in four minutes that she (like her new boss) is a “maverick” which I gather is ‘someone who doesn’t believe the rules that apply to everyone else should apply to them’. Then, listening to the soundtrack (click below if you don’t believe me), I realised it came from the 70's TV series Dallas! It made me wonder whether Sarah does dynastic selfishness, obsolete energy policy, Teapot Dome ethics, greed ’n corruption... ?

Fighting a growing suspicion that this whole thing is a Mickey-take and there is actually no Sarah Palin, I returned to the question everyone in the UK cannot evade about the lady, if indeed she exists. Is she related in any way to our own national treasure Michael Palin? If so, it would be “literally incredible” and we would know the shape of things to come:

Why do you believe the absolute worst about someone? Does your Christian charity only work when someone supports your political viewpoints?

Perhaps she is just human & has strengths & weaknesses just like everyone else. Perhaps she struggles with the conflict in her own soul between what she knows to be right and what she ends up doing.

I don't think she's a cardboard caricature. Why do you?

Most of us in the US hadn't heard of Sarah Palin before her selection as Republican VP candidate so the people in Britain aren't alone.

Also, unless God did a special creation for either her or Michael Palin, they are related just as both are related to all of us. Note she is a Palin by marriage (her maiden name is Heath) so it is less likely they are close cousins by blood (you or I might be closer relations to her than Michael Palin) or that the degree of relatedness is known.

Alan, I don't know you very well, but I seriously doubt whether you've ever had moose stew! I have, and I can tell you, you shouldn't be casting aspersions on it!

Well? Are they related?

Mind you, that question will 'Palin' to insignificance in November...

How I fear for my country and for the world as a result. As if the Bush years have not been bad enough, the very idea of this person sitting across the table from other world leaders and speaking to them in that sanctimonious and sharply sarcastic tone embarrasses and terrifies me.

That video you found of her! Good sweet Lord, I was horrified. Just when I think my country can't go jingoistic enough with propaganda, a new low is achieved. And the Dallas theme song!!!

The Palin video, the Michael Palin video was much appreciated in a very different way.

Mr Miller, I'm sorry if I was unclear bit I didn’t say Mrs Palin does any of those things. I don't know her, as I said. They are, however, clear and obvious associations with the music someone chose for her publicity video... Let's hope it's all just a bit of fun.

I've been reflecting a bit today on our own Mrs Thatcher, as a person of real contrasts (good and bad). What none of us realised at the time, but it came out afterwards, was the extent to which she was actually making it up as she went along. John Sargent's book on her is probably the best postmortem.

Oh and Raewynne, that www.michaelpalinforpresident.com is completely insane and delicious — many, many thanks.

PS I hope life is good for you in Joisey...

She eats moose's... pop over to my blog to see my new cartoon today of the gentle moose. SAVE the MOOSE!

Thanks, Steve. They are marvellously pictographic... the "coming out of the mist" effect was paricularly striking. The worst you can say of them seems to be that they leave a considerable dent in the front of people's cars — but that's hardly their fault, surely?

My words weren't meant to be querulous, just a reminder that charity requires that we think of people in a good light. No one is beyond making mistakes, and no one (save Judas, perhaps) is beyond redemption.

When we paint our opponents in the blackest light possible, we are not only doing a disservice to honesty, we are cheapening our own moral values and intellectual capacity.

Palin is, by all accounts, flawed. So is everyone else. What remains to be seen is whether she can accomplish good with her life. She might be entirely wrong in every detail. But surely judging her ahead of time isn't the best way to get her to change her positions, is it? Even Jesus had kind words for the woman at the well, and look how that conversation turned out.

I don't understand the ease with which we on one hand claim that love is the conquering attribute of God and yet imagine the worst of those whom God says are his children.

I respect you and this blog highly. Most men and women in the clergy don't post stuff that's interesting to me on a daily basis, so I always appreciate your updates and insights. I was just taken aback by what appears to be a partisan attack on someone. It's delicious to gossip, I suppose, but it's not healthy for us as a steady diet.

BTW, you don't need to allow this to post. I'm not too worried that my opinions are published. I just wanted you to know that I think highly of you, and this post seemed to be something way beneath your person.

Many thanks for clarifying; and my apologies if I came over as, er, a bit tart (!). I'm with you in spirit on this. The analogy for me is Mrs Thatcher, who achieved great things but also, IMHO, one or two ghastly things, simultaneously. Just like the rest of us!! but rather publicly perhaps. As to the lady herself, all I'd want to say is that she has already achieved much in getting as far as she has. It remains to be seen where it's all going. Coming from a country where politicians "don't do God" it's fascinating and slightly horrifying to see all the minute micro-analysis of where various US candidates go to Church, and what their various pastors have said at various times...

I must say I've come a long way to see the Dallas series and Michael Palin of Monty Python mentioned in a Bishop's Blog but it was well worth the trip.

Though now completing a training curacy in the CofE (Diocese of St Albans), I was born and bred in Dallas - and exuberantly so. But sorry - I could never get past the credits of said same-name 'drama'.

What I never missed was a single episode of Monty Python's Flying Circusssssssss, on Dallas / Fort Worth's PBS Channel 13 (KERA). I even had the 'Monty Python is a Twit' T-Shirt my parents got one year with our annual PBS subscription.

So many thanks for posting that excellent Michael Palin Python anthology.

And now for something completely different; it'sssssss...

A Pythonesque post from my tongue-in-cheek, sometimes querulous (even garrolous) 'clergy-support' blog named, erm - Pro Clerum. I hope that isn't offensive. I got the idea for the name from those ever-efficacious episcopal encyclicals:

Oh, and Bishop: please stay away from landings!