Whilst minding my own business this week comes an urgent call to impersonate m’colleague the Bishop of Stafford, and give a keynote address at this weekend’s National Consultation on the future of the Deanery. Whilst casting around for material, I encountered the story of Tattoo, the Basset Hound: 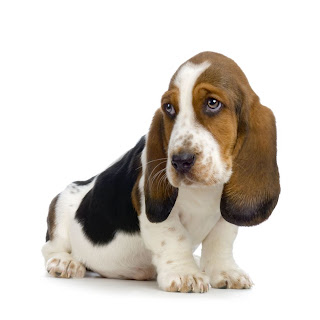 In 1992, a traffic patrol in Tacoma, Washington State,  saw a car travelling at 20 with something apparently dangling from the door.  Close inspection revealed this to be  a puffing basset hound called Tattoo,  caught by his lead in the door,  with tiddly four inch legs,  ‘picking them up and putting them down  as fast as he could to keep up’

Caught up in changes we don’t want,
padding along faster than is reasonable
towards an uncertain future for which we were never designed?
Do they mean us?
Posted by Bishop Alan Wilson