Joe Sixpack? Schmixpack! Who he? 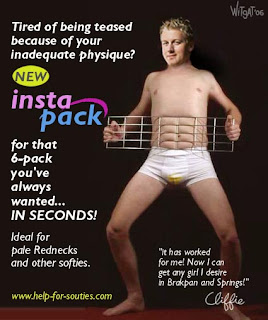 As US election fever mounts, enter Joe Wurzelbacher, or is that burger? Big Joe is an ornery plumber from OH, who’s going to end up paying Big Tax if Obama gets in and hits on people earning over $250K. Ivana Trump hated turning out her pockets (No she didn’t. See correction below. It was Leona Helmsley. Ed) She used to say “Taxes are for little people.” Joe ain’t little. He’s a rather well paid plumber. Disturbingly plutocratic, actually, especially without being registered. Like most ornery Joe Sixpacks just now, “nobody knows the trouble he’s seein’ Nobody knows but Croesus.” Really? Confused? You will be.

“my Parrot’s called Holy Roman Empire.”
“Why is that?”
“Because he isn’t Holy, he isn’t Roman and he isn’t an empire.”

Well apparently, in the cold light of day, Joe ain’t Joe, he ain’t no plumber, and on his income he’d actually profit from Obama's tax plans, if he paid his taxes; but apparenty he’s, er, is a tad behind with the IRS... D’oh! 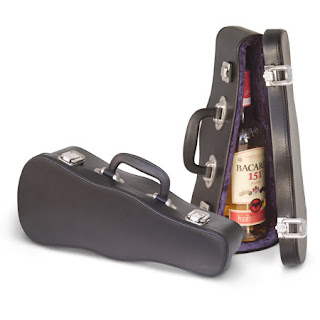 Users this side of the pond may recall various British politicos’ efforts to pimp their campaign rides with heartrending tales of ornery woe. Remember Neil Kinnock and the “War of Jennifer’s ear?” Remember IDS’ 94 year old lady who never had her nightie changed? Churchgoers, remember former Durham Bishop David Jenkins’ “boy with no shoes?”

Left or Right, UK or US, this whole tactic starts out big, but always seems to phut out into pantomime. Will the real, but strangely elusive, Joe Sixpack ever stand up? Strikes me, however, that if he does, he probably won’t have earned $250,000 of personal income last year.
So it’s back, folks, to brass tacks — time for a real American Joe Sixpack hero:

I think you have Ivana Trump confused with Leona Helmsley the real estate baroness who went to jail for tax evasion. It also turns out that Mr. Wurtzelbacher works for a two man company but does not personally have a plumbing license. Yes, the plumbing profession can be fairly lucrative in America, but then I think you could also make an excellent argument that no small amount of a good civilization is built on good plumbing. To flush with authority is (almost) divine. Vashti Winterburg

Many, many thanks for the correcion about my Ivana/Leona mix-up. You've got me worried now about Jennifer's ear and the 94 old lady who lived like an animal. If they all get mixed up into one huge spin-doctor's soup, I'm going to have some nightmare tonight!

I'm all for plumbers earning a lot, especially because one of our daughter's boyfriends is in the trade. However If you do manage to get paid 5 times as much as a real average Joe, which we are told Mr W has not yet achieved, I think you should expect to pay more of your disposable income for your neighbours benefit than if you don't. Screwing the poor with proportionally higher taxes, as the UK tax system still does to a certain extent, actually holds back people on the bottom rungs of enterprise.

Thanks for the Ron Paul plug, too. Over here we don't really know who Ron Paul is, but some of us, on the evidence of the name alone, would be willing to back him for Pope. Unfortunately we don't have a vote in that election, either...