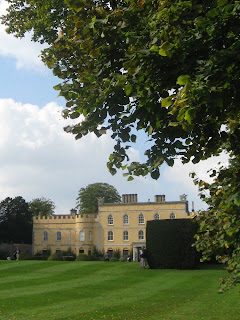 It was good to see a write up of our recent Bucks clergy day put on by the weddings project in the Church Times, and an account of the experience on Tim Norwood’s blog. Professional market research in Bradford and Buckinghamshire revealed various facts we probably all suspected, but would do well to remember. It turns out that 75% of people think a church is the best place to get married, but they don’t do it, because they feel they don’t qualify, or would feel hypocritical. As the rules ease up on residence, some interesting facts emerged:
I wonder how these principles translate into other things we do in Church?
Posted by Bishop Alan Wilson

After drawing at 100 weddings each year I think I may qualify to have a view on this, I am drawing at 4 this weekend alone. The Church is missing the boat by not allowing weddings to take place regardless of having to become a church person to qualify. Marriage in a church is a good way to show everyone that the church is there for all. Like Alpha, that seeks to help people find a safe place to ask questions about faith, a wedding in a church should be a safe place where people feel they can come and allow the church to be a part of their lives, if only for one day. I think this is more important than the topic of female Bishops and gay clergy. I can just imagine God in Heaven saying to the Bishops when they arrive, "So you spent all that time arguing over female and gay clergy and yet, thousands of people who wanted my blessing in my house were turned away because they didn't make it on a Sunday.... ????" It is a sobering thought eh?

I'm 100% with you, Steve. As someone who had 50-80 weddings a year in my last parish, I aways used to find it powerful when couples had the reading from John 2 with the last words: "This wedding was the first of the signs by which Jesus made himself known and led his disciples to believe in him..."