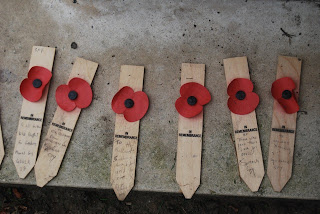 Remembrance this year helping with a village war memorial service in Stewkley, orgainsed deftly by the very lively village Royal British Legion, ably led by Dusty Saunders. On the day itself, I was with children at Hazlemere CE Combined School, where years 5 and 6 put on a remarkable Remembrance community service, with guests including local councillors and members of the RAF, as well as RBL. 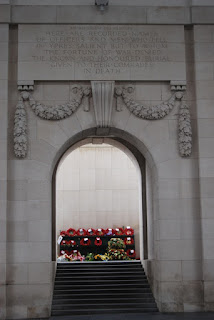 What really shone through was the depth of thinking and reflection behind the poems, songs and presentation. Children had written their own wartime “letters home”, and I had to check afterwards they hadn’t copied from originals! As well as a great all-age community event, the whole morning showed me the great value of “whole school” working. I know it demands amazing amounts of hard work and co-ordination from staff, but I could see how memorable and moving this all was for the pupils. Congratulations to Nick Waldron (Head) and especially Andrew Sykes and colleagues. 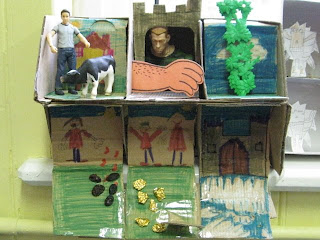 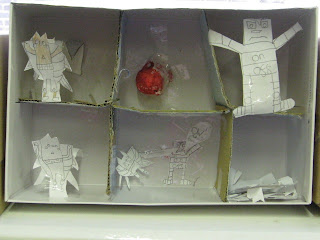 In passing, I also noticed some really engaging story boxes in year 4 (like storyboards but 3D). I was a numeracy governor at the time the numeracy hour came in, and I noticed how consistent working with number lines is producing a whole new quality of work in Maths, in this instance in year 4 (with Mr Rademacher). In the old days people just thought if you were good at notation you understood Maths 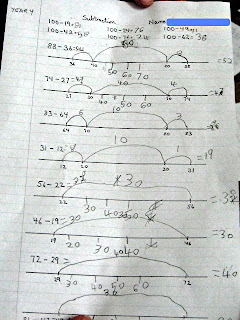 (why? It’s like saying if you’re good at Crosswords you understand literature). Using number lines over extended periods really builds childrens’ feeling for, and understanding of number in itself. Here’s a subtraction exercise — I’ve blanked the name, but look at the way she’s really getting engaged with numbers, breaking them down, playing with the maths of it, and enjoying herself. This would never have happened in the bad old days, when maths was simply treated as voodoo for clever kids. 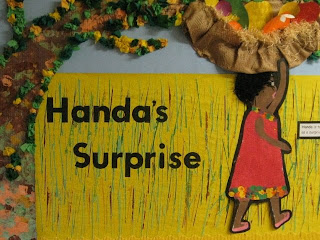 I may have disappeared down a slightly anoraky hole! But it’s wonderful to see children enjoying learning together in a great school with their friends. Hazlemere’s a real gem. It isn’t a small school, but somehow it feels like one when you’re there. It’s something about the good relationships, and the ways people treat each other. 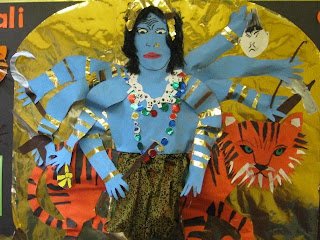 As with other Church of England schools in the Thames Valley, it is our privilege to be trusted by many Muslim parents here with their children’s schooling. They don’t, of course, expect technical Quranic learning, just a broad and balanced RE syllabus that builds understanding of all religions. One Muslim parent told me how they appreciated their children to be somewhere God’s name was loved and honoured, so that their Muslim faith is simply respected, shared and nurtured as a way of life, rather than patronised or treated as an exotic hobby.

I asked, in Guardianspeak, “had they ever felt their children were being indoctrinated, narrowed or ghettoised by the experience of being in a faith school?” The parent just fell about laughing. 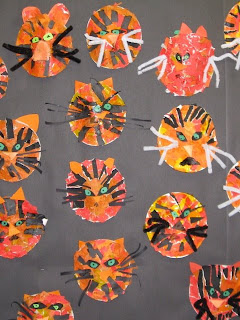 Faith speaks to Faith. That’s how you build understanding. That’s how schools help build community; and that’s where real hope lies. My Muslim parent did not want compulsory secularism shoved down their child’s throat as the only way, by people who won’t take responsiblity for doing this, and are sniggering at you behind their hands for believing anything more substantial than their own vapid secularism. It was quite an impassioned encounter, and made me realise how different things look in most of this country’s Church schools to how they are often portrayed by Metropolitan élite journalists, projecting their own fears and fantasies from the London experience...
Posted by Bishop Alan Wilson

I suspect good teachers whether atheistic or theistic whether in good faith schools (and there are atheistic teachers in faith schools) or good secular schools don't snigger at their students for their belief/lack of belief in a god. Though they may well contradict beliefs if those beliefs conflict with science or history (but that should happen in good schools faith or otherwise). Note that secular schools are suppose to be neutral on faith not anti-faith whether in general or in particular.

Thanks for your consistently positive engagement with the Muslim community, and the encouragement it gives! Love the quotes today and the Halal Christmas Turkeys story the other day. I have just remarked n them in a ReconciliationTalk post.

The image illustration is, of course, Hindu and the blue body is the colour o divinity.