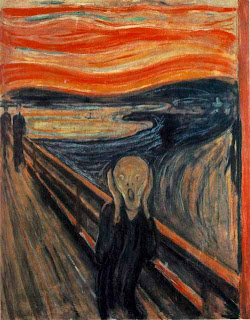 I'll put some retreat notes up next week, but couldn’t help noticing the first sign of Christmas in the UK is a press report about a council banning Christmas. First off this year is the Oxford Mail, which ran a story saying Christmas had been dubbed "Winter Lights" so as not to offend other religions. Zenit, the view from Rome, ran a suitably breathy piece of hufflepuff allegedly by an RC archbishop, no less, denouncing the inexorable march of secularism: 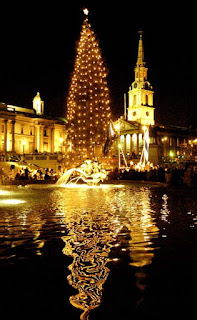 Within the week, however, truth, began to seep out. Oxford City Council is, in fact, holding all its usual Christmas festivities, carols, Christmas tree, and trimmings. Nobody has renamed anything. It had never struck the arts charity Oxford InSpires that they could, let alone would, rename Christmas. Their programme runs for several weeks, including, nice touch for Christians, an Advent fair. 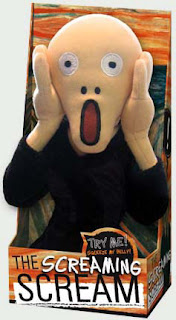 In other words, this story was just hysterical tosh for the gullible. The truth is on the Oxford Inspires website, and the Oxford Mail had the decency to own up. Like October snows, these tales always seem to melt on inspection, however much they appeal to simple-minded paranoia in the ignorant and gullible. They are fast becoming part of the great British Christmas, along with a story from somewhere about a Vicar who doesn’t believe in Santa Claus. Actually, as a bishop I would have serious anxiety about ordaining anyone who did, literally, believe in Santa Claus.Will that statement, in itself, make me “it” for 2008?

This stuff is like ground elder. The lone comment last night on the Oxford Mail story admitting the error said “I think that this is just the tip of a very large iceberg waiting to devour not just Christmas, but everything that goes with it.” 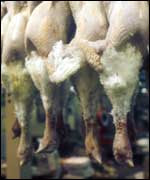 So the Urban myth marches on, regardless of any attempt by the Oxford Mail to correct its original story. Guess which one will now be whizzing round the internet regardless, with added hilarious metaphor, powered by trolls? The last word on this subject belongs, I reckon, to the Muslim Butcher down the Earley Road in Reading who had a poster in his window three years ago, before I carried a blog camera at all times, saying “Halal Turkeys: Order now for Christmas.” Says it all, really.
Posted by Bishop Alan Wilson

I want to do an essay on this subject - okay to quote you?

I think the only people in the UK who seriously tried banning Christmas were the Puritans during the Protectorate. This infidel at least enjoys the holiday.

A few years ago I visited Myra in Turkey where St. Nicholas had been bishop (and had been buried until some Italians stole his body for their own city of Bari). The museum in nearby Antalya had bags with the traditional chubby Santa Claus on it to depict the bishop. It was a bit incongruous to me.