Faith in the City today 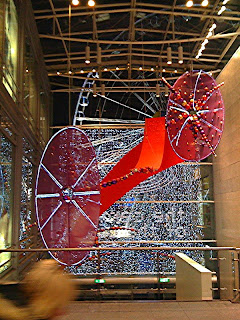 Urban Theology Day with colleagues, practitioners and experts in Manchester, learning and sharing together about urban realities. The theological input from Andrew Davey really got me thinking. Among various soundbites noted for future contemplation, I begin with a phrase from the current World Cities debate, that pretty much encapsulates what I remember working out pragmatically as a first incumbent
— The Whole Truth about the Parish System:

We need to think of placed identity not as a claim to a place, but as an acknowledgment of the responsibilities that inhere in being placed (Doreen Massey) 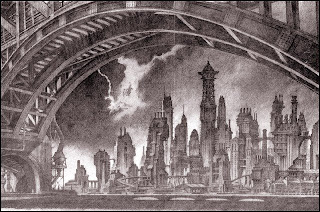 A soundbite for planners everywhere, from the Tower of Babel to the parish profile or deanery plan:

Every regeneration project begins with Poetry, and ends with Real Estate (L.K. Platzman) 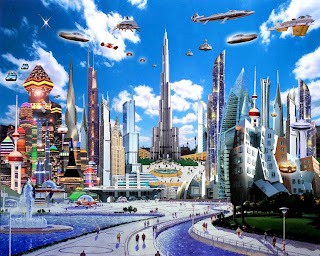 Finally, a challenging marker to pin under those old fifties Eagle Comic pictures suggesting the Secular City of Towers was the only future:

All this, and the amazing news to me that the most cloned high street in Britain (= colonised by identikit national chains to the excusion of local traders) is Exeter. Do we thank the Luftwaffe for that?

Noted thematic points of engagement:
All this, and a couple of final impressions: