How Unprincipled is God? 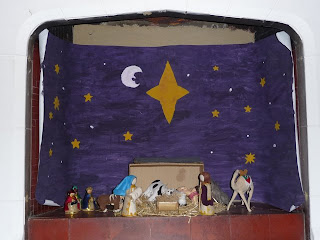 In yesterday’s Telegraph, Rowan Williams asked the question, quoting a Christmas sermon of 1931 by Karl Barth, a deeply principled man, who said we must “live with principles, but we must also be able to live without them.” One obvious parallel might be Edith Cavell, profoundly a patriot, famously saying she had learnt that “patriotism is not enough.” 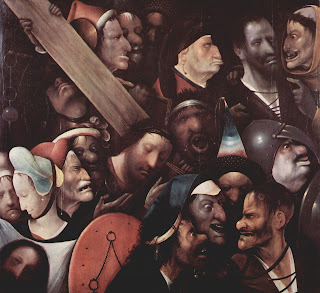 Vituperative Telegraph Hacks, who seemingly don’t understand the stuff in their own paper, slapped on a provocative cliché from the Beatles for a headline, then twisted the whole piece, bizarrely, to suggest Rowan was recommending Nazi Germany as a role model for the credit crunch, in order to annoy Gordon Brown. Spiteful Contortion, or what? 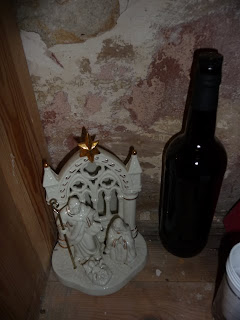 For those of us back on Planet Earth, along with Rowan Williams and Karl Barth, God takes the initiative by taking flesh at Bethlehem — a personal risk, not an abstract proposition. God is not entirely uprincipled, with his ten (or 631) commandments. Neither is Jesus with his Golden Rule. However, both God and Jesus know that principles, as Nurse Cavell discovered, are not enough. The world by principles knew not God. St Paul, a Man of the Law to his fingertips, discovered on the Damascus Road that the law could be no more than the schoolmaster to bring us to Christ. That’s why Pelagianism, for all its good intentions and common sense logic, is not enough. We need Grace. 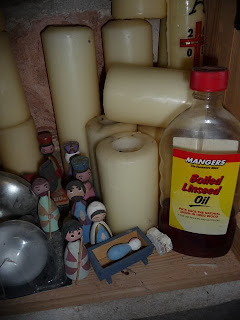 Jesus comes at Christmas, says St John, full of Grace and Truth. By comparison any set of principles can only reflect the light that shone in the stable, as the moon (indeed the whole earth) can only reflect the light of its Sun. The Sun of Righteousness rises, for our healing. In Karl Barth’s immortal phrase, the Eternal Light needs neither fuel nor candlestick. (Nor even Mangers Boiled Linseed Oil, seen in the Vestry at Little Kemble last Sunday) 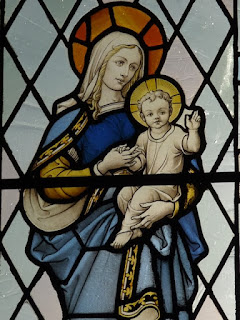 So goodbye to the Pelagian duty to condemn everything that seemingly fails to meet my standards. I’m not God. I’m just the Vicar. Goodbye to the great abstract fears and fantasies that fuelled and licensed the holocausts of the last century. Goodbye to the silly notion that I can somehow make or unmake the Church, or the world, by politics or manipulation — even, perhaps especially, if I am right. Not by might, but by my Spirit, says the Lord. This is why we can hope. This is the Gospel of Christmas.
Posted by Bishop Alan Wilson

Rowan Williams would have helped himself had he admitted (as you do) that there are principles. Further he would do better to ask questions of the economy, because he is no William Temple. His theology is too "story" based and he pushes the history-like further than it will go. He doesn't have the social or economic theology and he does not occupy a central position in society that William Temple did as an influential commentator. Because he is unclear, he gives stupid journalists, who have no time to think, and have a scandal led agenda, to twist material around.

His argument was such that I was able to go for the rubbishy journalism and the weaknesses of the argument in my blog entry and make it all more absurd still.

As for the substance of your argument, Pelagianism may be all there is available. I don't know. Again, we have had this 'God in the womb' stuff, which is nothing to do with the achievements (and yet to be achieved) of Jesus the last days rabbi, and is pure myth (whether you have a build-up view of myth or a dismissive view). The jumping between statements of 'God takes the initiative' and statements that exist in history or science do not run together. Unless there is more clarity about the different kinds of statements, Christianity will continue to lose credibility. It's why now I've stopped saying the creed and why I have withdrawn (for a time or for good) from going to the communion rail - it suggests agreement with a literalistic understanding of language that I do not have.

Alan, thanks for a typically sparkling post which has really clicked with me this Christmas Eve morning - its just what I needed to read! Every blessing to you and yours at Christmas.
love and peace,
Dave