Tesco’s et al work by hoovering up as much money as they can out of a community, often having closed half the local shops along the way. About 10% goes back in. They pay a small local workforce, often not very exciting wages, but the lion's share is retained or siphoned out to shareholders. They operate on a scale that enables them to hammer their suppliers hard on price, and to finance in-store offers, whilst also providing finance for to extend the empire, by screwing up of fresh communities. “Unto him that hath shall more be given...” comes to mind. 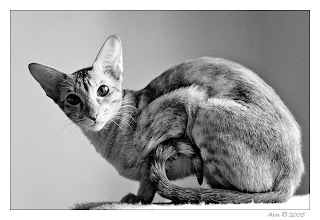 The Brixton Pound challenges this seemingly inexorable logic. Using it, people’s everyday shopping decisions work harder to enrich their neighbours. The scheme hopes to draw some of the power back from Lord Tesco and chums into the hands of the local consumer. Along the way, the premium the BP puts on local suppliers helps reduce environmental footprint and builds genuine diversity across the country.

That’s the theory anyway. Such schemes have been tried in market towns, but this is the first time it’s been done in a major urban centre. If the BP works, it will take us back to the way things were a couple of hundred years ago, when the banks issuing notes were usually local family businesses gathering farmers’ profits at harvest to give them back out on market days when it was needed.

The Brixton pound is an attempt to limit the seemingly inexorable power of big business over ordinary people’s lives. It may also, of course, limit the benefits of big business in ordinary people’s lives (potentially less choice and higher prices?). The balance of power around this decision, however, will, just for a change, lie not with Lord Tesco and his chums, but with people themselves. Either they will use the Brixton pound, or won’t, in their everyday lives. Check back in a couple of years, and see.

PS: Kudos and h/t to photographer Arn, from Finland, for his fabulous thin cat Sparkle.
Posted by Bishop Alan Wilson

Every time a local specialist shop closes down in our villages people complain about the supermarkets. But whenever you look at the individual case, you realise that they were never open when ordinary working people can do their shopping.

Too many local businesses still operate on the premise that there is a woman at home who can shop between 9 and 5.

The thriving local shops are those who don't compete with the supermarkets on price and product range, but on service.

Tnks, both. Agree, Erika, about the total package of service and quality rather than just bulk prices. Not all local shops are brilliant, I realise, and the weak spots tend to be opening hours. I have friends in some urban areas (thinking of Exeter) who do very well from a local organic food delivery service who make up baskets and deliver at convenient times. The more innovative, the better...