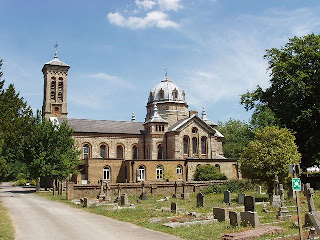 Delighted to be in Gerrard's Cross for their 150th anniversary celebrations yesterday. It’s one of our very few large UK churches that have broken through what one could call the 400 barrier, with two or three times that number of regulars. It remains very much a parish Church, serving its locality more than hoovering in people from far and wide.

The Crown jewels of St James’ parish, are 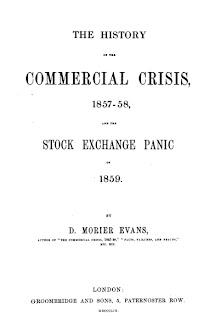 Using Ephesians 3, we explored the uncertainties of the world around, in 1859 as much as today, and what it means to be called by a faithful God to be rooted and grounded in love.

The height, depth and breadth of that reality inspires not optimism, but a firm hope. Just for the record, and because some asked, the Credit Cruncher of 1859 I quoted was a gentleman called D. Morier Evans, and this was what he learnt from the string of financial crises in his day:

Each separate panic has its own distinctive features, but all have resembled each other in occurring immediately after a period of apparent prosperity, the hollowness of which it has exposed.

So, what goes around comes around. It’s a standing invitation not to take ourselves, or the news of the moment too seriously, and to fix our hearts where true joys are to be found.
Posted by Bishop Alan Wilson

It's also worth noting their excellent mission support program. I've always been encouraged in my contact with them.

I had indeed forgotten GX's major programmes like Love Africa and their great support for the new Church in Britwell, down the road, among other giving and mission involvement. It strikes me as a very outward looking congregation.

Years ago - almost in another life - I was student minister in Gerards Cross - at the URC - but there was good local ecuemnical work
Fun to read abou that part of the world and remember that part of the world. ONe of my favourite things was to cycle to the Friends meeting house and just sit there listening to centuries of silence coming back to me - I believe it has unfortunately suffered fire damage since.
An interesting part of the world

Your talks at St James are now online at the St James podcast website...