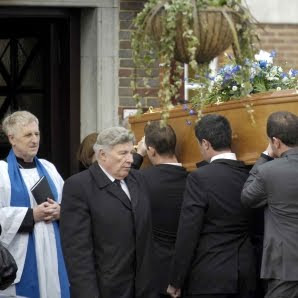 As someone who spent my thirties burying people in an urban parish with a crematorium in it, on one occasion 13 a week, I was really moved by Martin Samuel’s piece in the Daily Mail about his uncle Sid’s funeral.
It certainly took me back to what my job seemed to be all about in those days,

Sid was a whisky man and he liked it straight. He regarded water with suspicion, as if it were a particularly inadequate mixer. 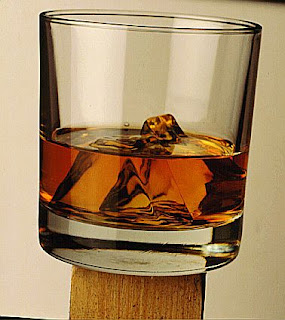 During one spectacular coughing fit caused by his choice of solids to accompany the whisky - 40 cigarettes daily - he was offered a glass from the tap. 'No thanks, son,' he said between wheezes. 'I tried water once, tasted of nothing.'

And that is what some people think about the Church of England, too. That it tastes of nothing. They would prefer something stronger, with a bit of oomph, a little more fire and brimstone, a greater commitment to the cause. Yet no religion could have given Sid a better send-off than he had that day.

The vicar held a service for a man who never set foot inside a church unless he had to, yet did so with dignity and humour. He introduced faith for those that sought comfort from it, and displayed humanity and respect for those who were there just for Sid. And, in doing so, he converted a room of people, not to the beliefs of the Church of England, but to the idea of it.

The very modern, very civilised, concept of a faith that can be all things to all men with a common decency that may come from the teachings of God, or the teachings of Man on subjects as wide-ranging as conservation and contraception. A faith that embraces the Bible and Dean Martin, Charles Wesley and Sid.

Can any good thing come out of the Daily Mail? Apparently, yes. The fact that Martin’s experience goes on all over England any day of the week, goes a long way to explain where the real energy lies in the Church of England, and the very serious way the vast majority of my colleagues try, not always successfully, to take their responsibility, as an established Church, to be there for anyone.

Jesus preached a kingdom where the first were sometimes last and the last first. He said the real kingdom was hidden deep within, like a seed or yeast. Our job isn’t to manipulate, bully or coerce people, just pray for them, whoever they are, be there for them, and, based on trying to grow a Eucharistic community in every community, bear witness as best we can (being all of us sinners) to the way home to God. It may not sound like much, but it’s we’re there for...

[the] Church is not redundant, but more relevant than ever, precisely because it resists dogma, hectoring or the fanatical, because it does not move people to acts of violence or cruelty. 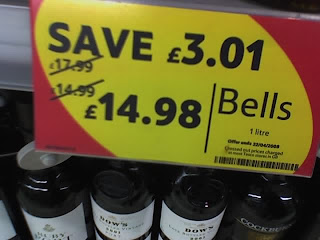 The Pope proposes to welcome Anglicans to the Roman Catholic Church, but the ones most eager to take him up on the offer will be those out of step with society, who vehemently oppose the ordination of women as priests, for example.

They see the Church of England as feeble and compromised, they hear Dean Martin where a church organ should be and think it has lost its place in society. They are wrong.

There is great modernity in the inclusiveness of the Anglican Church because it places human kindness to the fore. And that simple grace should never be mistaken for weakness...

I have to say, however, I contest any impression the papers have been giving that Fr Ed Tomlinson is some kind of twisted misanthropic oldie. Fr Ed and I come from different ends of the candle, and disagree fundamentally about women’s ordained ministry, but when I visited his parish earlier this year it was obvious that his work, about which he cares passionately and sincerely, is very outward focussed in a community which hasn’t had many advantages in the past. Catholic in every sense of the term, it encompassed prayer, hospitality, a commuity play, and the renewal of a school and playgroup, among other big pieces of outward focussed hard work.

I don’t know what his local paper’s on, or maybe they were just sexing up a story to sell it, but grateful as I am for the discussion the story stimulated, and much as I agree with Martin’s conclusion that the simple inclusive grace of the C of E (where it can manage it) is its greatest strength, not a weakness, I’m uncomfortable about any injustice about the priest whose blog it was orignally based on.

Sometimes a post such as this, reminding us why we belong to the Church of England is needed.

Humanists want us to be really human, while Jesus wants us to be 'fully human', which is what I feel that the CofE, with its diversity in traditions, views and kindness and love can be at its best.

Being still a bit shiny and new to the CofE, I don't really know whether I have a foot in Anglo Catholic, Evangelical or Middle of the Road, perhaps I have a foothold in each as I feel comfortable wherever I go.

I agree with Father Tom about funerals - if people want secular funerals, that is their choice, why invite a priest, unless there is a residual rump of faith, and they wish to proclaim the Christian message?

I will be disappointed and sad if people leave to go to the RC Church, but every one must take what their conscience tells them and follow it.

I am staying and working with and for my God, my faith and my church as hard as I can from within.

The funeral ministry is one of the most satisfying in my experience, a change to be alongside people at a time of great need - and it makes no difference whether they or the person who has died is churchgoing or not - we celebrate everything about them that reflected the image of God.

it is a shame that in this area, which is one where the registrars are pushing civil funerals when people go to register the death, this opportunity to give pastoral care is being reduced.

Incidentally, I don't know whether your picture is of Uncles Sid's funeral or is just a general one, but the person conducting the funeral is not a 'vicar' but A (lay Reader, like me. Not that the people outside the church know ( or care about) the difference!

For more of the subject of funerals, the Pope and C of E, listen to this weekend's "News Quiz" on BBC Radio 4
"Listen Again". Sense mixed with humour!

Ernest, many thanks for your phrase about being fully human. I suppose I've come cross all sorts of people of all sorts in 30 years ordained, but I've always thought of their humanity as the point at which God can be sought in their lives, acknowledged or not.

Thanks, Anne. Not uncle Sid's funeral, but a prominent funeral at Reading Crematorium, which I used because of its happy associations with a few thousand funerals I officiated at there. I was delighted the minister is an LLM (Reader); som of our best funeral ministrs are...

This is beautifully put. I came over to the Episcopal Church from the Roman Church. It was exactly this that drew me!

excellent article and I have really appreciated your blog Thank you!
I would also make the point though that many free church clergy are also there for anyoneYou dont ahve to have an established church to have that -just be be a servant as Jesus calls us to be
Thank you!