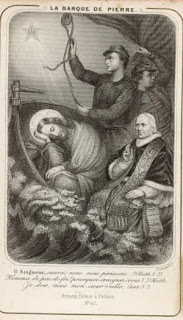 Serving in a part of the Lord’s vineyard with a valued but proportionately tiny Anglo-Catholic strand (for the past four hundred years, anyway), I am surrounded by silence about the latest Vatican scheme for special Angican ordinariates. I have to admit I don’t know what an “ordinariate” is, but some of my Anglo-Catholic friends who claim they do are delighted, so I’m glad to share their joy.

Not being of a Chauvinistic/ Imperialistic bent about religion, I’ve always thought people should serve within the denomination in which they can best be discipled. All denominations are only delivery systems for the Kingdom, after all. 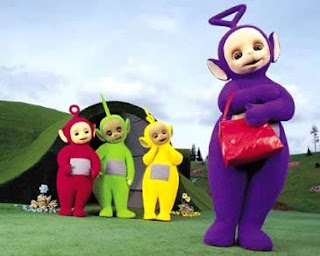 This new scheme has some rather odd resonances — if a clergy colleague came to see me to say they believed God was calling them to be a Baptist, if that’s discipled, I’d be delighted. If the Baptists then announced they had a special scheme for Anglicans where you could be a Baptist but also, as a former Anglican, you could carry on doing infant baptisms, my eyebrows would raise.

How jolly postmodern of them, I’d think, but wait a minute. Assimilating a lot of people who perhaps have struggled, and some might even say haven’t made a raging success of living within their own tradition, you’ll get two sorts of “convert”:

This second sort of “convert,” often has what St Benedict called the Gyrovague personality. The symptom, says the Rule, is a compulsive habit of “murmuring.” Gyrovagues will carry on inexorably being as they are, because their aproach to authority is personality based and they can’t help it.

The latest special offer may not be good news for the Pope’s own people. There are, for example, genuine Roman Catholic clergy who have faithfully and heroicially struggled and somehow managed to live sacrificially within their Church’s discipline, because they sincerely believed it was necessary. Where does it leave them to know that Auntie in Rome is now doing a PostModern family promotion for married Anglicans, but they’re not invited? However delighted I might be, were this me, that Auntie is now being jolly and Post-Modern to the Anglicans, I’d hope she manages to find some way, after all these years, of being jolly and Post-Modern to me…
Posted by Bishop Alan Wilson

Thank you for your thoughtful points.
I wonder what those beyond our churches make of these fine details in which people move between what, for most, are barely distinguishable flavours of the same ice-cream? & I wonder how these moves assist our furthering our call to worship God and serve God in our neighbour and in this creation? More here:
http://www.liturgy.co.nz/blog/end-of-anglican-communion/1756

Ordinariate = a non-geogrpahical diocese - bit like how the diocese for the armed forces is organised. Something similar but not identical is the Opus Dei setup.

If people convert because they genuinely think "Rome is right" then good for them; though why have they waited so long... Is the attraction of a particular form of Liturgy really that powerful to some.

If people convert because they think "Canterbury is wrong" then it will end badly for all concerned. The Catholic Church in England & Wales has already had one influx of Anglican converts, including many clergy. Many of these converts find many of their worshipping cradle Catholic sisters and brothers somewhat lacking in their zeal for what the convert regards as 'authentic Catholicity'. Often times people don't find what they expect within modern Catholic parishes. Smells and bells is a minorty pastime for many (most) of us.

I agree, many seem to want to become Roman Catholics not because of what Roman Catholicism stands for, but as a negative response to where they find themselves at the moment. I am astonished that Rome is so thrilled to welcome them. And if they did not like Anglican church discipline, how will they adapt to Roman Catholic expectations?
But to those who will find full spiritual fulfilment and peace in Rome, congratulations and I wish you well!

The real questions for us are how this will affect our debate about women bishops, and whether, like TEC, the CoE will soon find itself involved in legal battles about property (http://www.timesonline.co.uk/tol/comment/columnists/guest_contributors/article6882999.ece )

The most disturbing thing is how much press coverage this story is getting. Meanwhile the Ugandans are getting ready to pass a bill that Anglicans should be standing up and saying, NO.

Bishop Alan, I hope you don't mind that I quoted and linked to your post. You make quite a good point about the Roman Catholic clergy who have struggled with celibacy through the years and must continue to struggle while the newcomers will have their wives and families.

It may be that you are surrounded by silence partly because some of your recent comments on Anglo-Catholicism have been received, rightly or wrongly, in a somewhat less than positive way. There has certainly been plenty of discussion on this in a certain modern connurbation of your area"

Best response I've heard to this:

There are, for example, genuine Roman Catholic clergy who have faithfully and heroicially struggled and somehow managed to live sacrificially within their Church’s discipline, because they sincerely believed it was necessary. Where does it leave them to know that Auntie in Rome is now doing a PostModern family promotion for married Anglicans, but they’re not invited?

is the response of the father to the older son in the parable of the 'two lost sons'.

"But we had to celebrate and rejoice, because this brother of yours was dead and has come to life; he was lost and has been found.”

Could be construed as condescension.
Not saying I agree, but the jist is that those who are the 'older' son are to join in the celebration of the 'lost' (read Anglican) son's return.

It's been around for a long time for the Orthodox; we know it as Uniatism.

A small clarification. Celibacy has never been a dotrinal issue, nor has it been the only model within Roman Catholicism. Indeed it is a matter of discipline only (S. Peter himself was married after all) and only ever held by the Latin strain. We often forget (due to only ever rubbing shoulders with this strain in our day to day living) that Rome has others where married clergy have long existed, especially in the East.

Thus it is not groundbreaking or unfair. Those entering the Latin strain know the rules when they join (I think its been rougher with individual conversions) The envisaged uniate church would be a strand of English Catholicism, with its own identity and laws but subscribing to the catechism.

Personally I think Synod should feel very ashamed that- it was partly their very stingy, unloving and ungracious attitude last July- that has, in part, precipitated this move.

It is only because we have been left feeling so unwanted and unloved in the church of our baptism that we so delight that a body exists who wants to welcome us with open arms.

Dear Bishop Alan,
thank you so much for your post. It is concise and very much to the point! What is about to happen is a terrible disaster for the RC clergy who have been faithful to their call to celibacy for all their lives. Also, it will seriously undermine the position of the liberal catholic moventent (at least down south, in England) in the Anglican Church.
I hope the Spirit will guide our Church and our clergy in right direction.
Thank you agian. Diego

What do their wives make of their new circumstances, I wonder? Do they have to overcome even more misogyny, suspicion, and envy than they had to do before, not only from unmarried clerics, but from the laity?

It's interesting, too, that the essentialism which applies to women doesn't get applied to men in the same way. A man is more essentially a priest, in this set-up, than he is essentially a mere man. So his Anglican priesthood outweighs his other characteristics and attributes. Women, though, can't ever be priests, full stop, because of some essential something about them which made God decide they couldn't be...?

And for a number of people who are affected by the Roman Catholic [Latin strain] Church or who reckon that "all you guys look alike to me", it's just another example of Eternal Truths About People To Be Redefined If It Suits Us (hat tip to the Fannie's Room blog here). If one has no reason to have sympathy for Christian institutional dilemmas, this process reinforces the notion that the Church in its widest sense is basically an arbitrary, points-seeking, and hypocritical institution. I'm not saying it's got no potential for good, but that it's on the face of it quite ugly.

What will the semi-closeted but sexually active Anglo-Catholics do when they realize the Pope really and truly disapproves of their "mortal sin"?

Joe Rawls, methinks the pope is in something like a state of denial about sexually active priests, both gay and straight, in his own church. I live in an area which is heavily Roman Catholic. Not all the RC priests practice celibacy.

Thank you, Bishop Alan, for your thoughts on this. The distinction between the two types of converts is spot on.

I would like to add that I'm horrified by the lack of ecumenical diplomacy shown by the pope over this. Did Archbishop Rowan have any warning?

Granmere Mimi - I live in a heavily Catholic country. Not all the Catholics practice chastity according to their state in life.

I used to live in a formerly Protestant, now heavily Godless country. Not all the Catholics practiced chastity according to their state in life.

Berenike, you're quite right about the Roman Catholics. I'd add that not ALL of the members of any Christian church that I know of practice chastity according to their states in life.