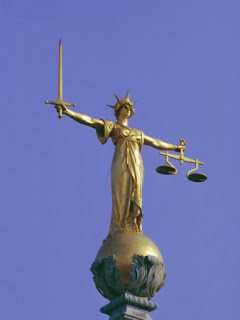 An HR day out in London training for the implementation of Common Tenure, and an Ecclesiastical Law Society meeting at Lincoln’s Inn, which included a characteristically wise, just and humane presentation by Sir John Mummery, Lord Justice of Appeal, President of the Council of Inns of Court and Chair of Tribunals appointed under the Clergy Discipline Measure 2003. Sir John came to this work with considerable experience of appeals and disciplinary procedures in the legal profession having in the 1990’s headed various tribunals relating to employment appeals, the security services and investigatory powers. 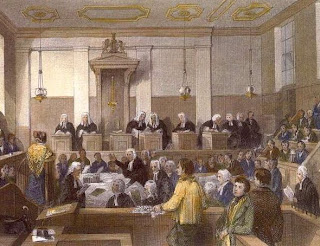 CDM 2003 came into force in 2006, replacing a costly and obscure hotch-potch that had evolved down the years for complaints about the clergy in matters other than worship or doctrine. Some 22,000 people are subject to it. The 2009 report is due out soon, but in 2008 there were 69 formal complaints about their behaviour, 65% of them from ordinary members of the public rather than archdeacons or churchwardens. 3 were referred to tribunal, all of them resulting in a finding of guilt.

CDM is the only mechanism for dealing with clergy professional misconduct or abuse of trust and office, and anyone can access it by simply downloading the forms from the internet, complete with guidance notes (here). Transparency and fairness are paramount, though not everyone involved will always agree they have been served perfectly because, frankly, they aren’t aways. All legal procedures need to be subject to continuous vigilance and improvement to serve justice the way they are designed to. The system doesn’t deliver in and of itself. People operating the system try to.

CDM is emphatically NOT:

CDM Is a way of punshing serious misconduct, that is specific provable blameworthy behaviour that would lose your your job in any other line of work. Like all legal decisions, it is a matter of fact and degree. The system also aims to prevent repeat occurrences, and deter others.

Therefore actions for changing service times, parking in a disabled bay, sunbathing in your back garden (whence the complainant had to stand on tiptoe to see you), and “looking at someone in a funny way” (all of which have been atempted) are unlikely to succeed. Complaints about inappropriate relationships, improper management of Church funds, and anything damaging the welfare of a minor, if proved, are far more likely to result in findings.

Like any legal system it is and should be, as it seems to be, wide open to learning about its own shortcomings, constantly seeking to improve its capacity to deliver justice. The attitude is “Every day I learn something I didn’t know before and am often surprised I didn’t know before.” It’s prosection not persecution. It’s designed to help everyone as much as legal proceedings can help everyone (which is not always and everywhere possible). I was encouraged to find that it is served, with great humility and realism, by one of the finest and most experienced legal practitioners in the country. That’s good news for everyone.

A very clear explication: thanks very much. I must catch up on my ELS journal reading, and there are some interesting issues still be worked through, but it seems that things are being well worked out with the dioceses.

Again, thanks for a very clear laying out of what CDM's about.

Thank you for your concise and balanced overview of CDM

Thanks for this. It was of some interest in view of the recent disciplinary proceedings started against Methodist Bishop Paul Verryn.

He has asked for disciplinary charges to be withdrawn, and for the matter to go to arbitration. I think that is better, as a disciplinary hearing may lead to both sides painteng themselves into a legalistic corner, with no possibility of reconciliation or moving forward.