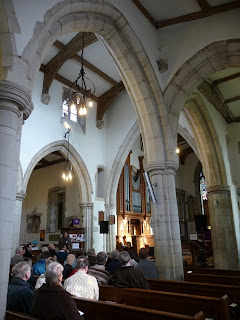 Great Missenden’s Big Brew took place a couple of Saturdays ago in the Parish Church. Its context was Living Hope, an environmental day conference organised by the local Church. It brought together national and local leaders from green organizations like A Rocha, CAFOD, CCOW, Christian Aid, Christian Ecology Link, Tearfund and Traidcraft with an audience of 130 people. There were three keynotes to kick proceedings off: 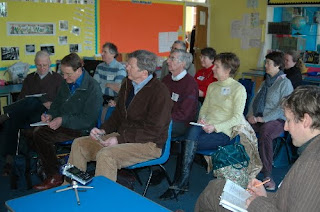 There followed smaller meetings on a variety of topics from greening school buildings to liturgy, the practicalities of ground and air-source heating, to the latest climate science. This event certainly showed that local churches and groups can put on top notch training events around the issues facing us. Congratulations to Margaret Dixon and her local team for pulling it all together. The event has now gone on to a website for follow up and sharing of ideas — earthingfaith.org. 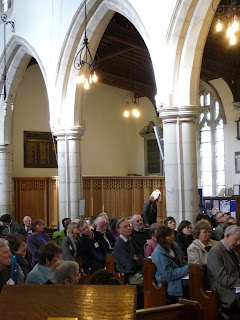 There’s no getting away from the fact that getting real about our environment involves choices for us all, and has an inevitable political dimension. Therefore, to wrap things up, I chaired an afternoon session with David Lidington, our local MP. His thought-provoking review of the major issues and realities brought in experience of the national and international scene and demonstrated, to my mind, courage and leadership in two potentially awkward areas: 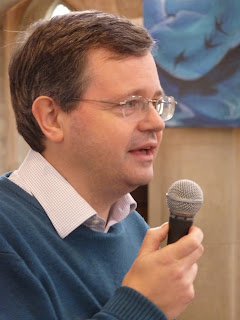 This is a troubled time to be green. There is a fair amount of disappointment from Copenhagen. Powerful vested interests are manning the bar on the Titanic with glad tidings that the icebergs are illusory and the party must go on. What I don’t get is, even if it could be proved scientifically that pumping tons of needless crap into the sky doesn’t actually affect anything that matters, where’s the fun in dong that? Wouldn’t it be even more fun to tread lightly and with self-awarensss towards habits of living that go with the grain of life?

Disappointment with Copenhagen? The Green lobby, dependent on huge research grants, intent on making money from indulgences (ie carbon trading) in the new world climate religion, seeking world government (read the draft treaty), and busy covering up the scientific facts about climate change, are the powerful lobby with vested interests to watch out for.