MK on the Isar 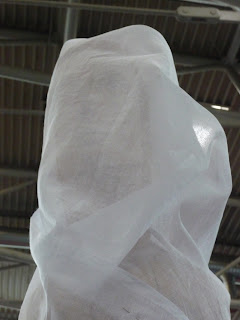 Here, in the Agora of the largest Christian Get-together in Europe, Milton Keynes Ecumenical Partnership have taken a stall. It’s dominated by Mrs Lazarus, by local sculptor David Moore. She was aspin off from Robert Koenig’s Odyssey project, which celebrated the East European relatives he never knew, some of whom had perished in the holocaust, and some of whom he had not been allwed access to as young man because of the divisions of Europe.

Mrs Lazarus has graced the Church of Christ the Cornerstone, on and off, for the past two years. She gained her name from the sculpotor's mpother, who kept returning from death’s door. The last eighteen months of her life, she picked up the name and it suck. She died at the age of 94 in March this year. 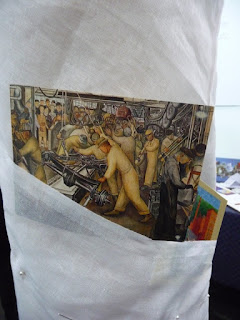 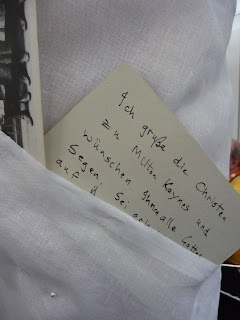 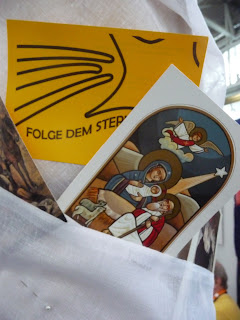 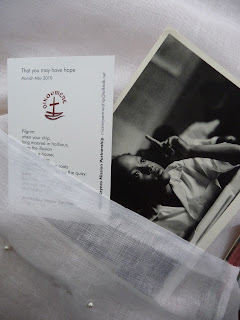 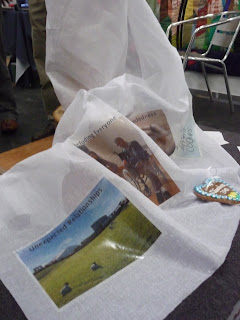 Like Lazarus, Mrs Lazarus is wrapped, with only her feet showing — the message is “we’ve only just begun” on the Ecumenical journey. The unwrapped portion of the bandage carries specific photographs and messages about inclusion, surprising new relationships, the joy of coming in many colours, and the challenge of faith-keeping. Text cards are also being distributed with quotations from pope Paul VI, Dom Helder Camara, and Fr Harry Williams, CR. The last is particularly significant:

God’s Love for me is his love for the world,
and so is mine for God,
if it is genuine.

Everything will be revealed when Mrs Lazarus returns to Milton Keynes, including the host of messages she has collected during her time in Munich. Sjould you be one of the 300,000 people celebrating hope in MInich, she can be found at stall A6 D09 in the Messe.
Posted by Bishop Alan Wilson