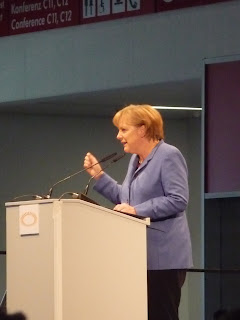 Christianity is a fundamental root of societal values in Germany. Official. I just heard it from the Bundeskanzlerin herself. Speaking in Munich to 6,000 people, the Prime Minister of the largest democracy in Europe acknowledges freely and imaginatively the significance of Christianity as one of the great root of her country’s social values. She is not saying these humanistic concepts could not have been developed in other ways, but the fact is it was from and through Christianity that they have been. 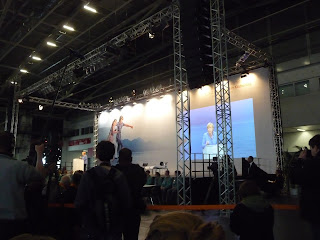 Here in Bavaria there is a refreshing absence of crude secularist rant, along with scare stories got up by the right wing press to suggest that any departure from Victorian morals and dogma means the end of Christianity and ruin of society. Those fears and fantasies are expressed on the margins of society, where they belong. 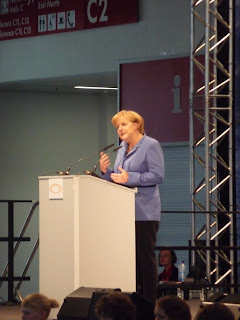 Neither do I detect the lazy old English idea you “leave morality to the bishops”. Mrs Merkel calls for a dialogue between churches and society, where both engage closely and bless each other and are willing to be changed according to their values and experience — so no crude monopolies of truth, no slippery slope panic, no fear that engagement between churches and society will corrupt the Churches or Confessionalise the State. Freedom is a Christian value, but not egoistical freedom from taking responsibility. Christian freedom is the use of possibilities to follow values as a way of supporting others — another one of Mrs Merkel’s core Christian values. 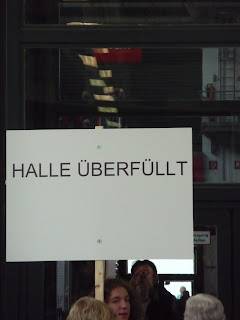 All she is saying is that there needs to be respect, realism, self-awareness and truthfulness. In this context, Mrs Merkel is just announcing €60Bn of cuts between 2011 and 2015, asking around various possibilities. She isn’t claiming a godlike command of all possible answers, but owning up to a serious problem, addressing pragmatic reality, asking for hep and obviously winning some respect for her candour. How refreshing! How grown-up! 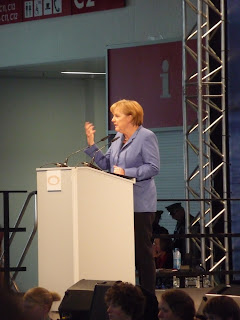 Politicians, even controversial ones with cuts to announce, seem to be held in higher respect in Germany. Wondering why I am told they have a more realistic mandate from a more fully democratic voting system, and that there is a higher value of corporate civic life here. They are not thought to behave that much better, but they are held to account more tightly over their views as well as their expenses. They have to treat people more like grown ups, partly because there is a very direct relationship between how many votes and how much power. There is often a higher degree of historical awareness and pragmatism, with less simple sloganising. By comparison, much UK debate about Church and society, such as it is, simply bears out the old maxim that Clichéd words reveal clichéd thought. There has to be a better way!
Posted by Bishop Alan Wilson

All this talk and appealing to the Christian conscience has me wondering just how much oppression we are about to experience. Maybe attendance rates will go up slightly as people look to the next life for a sense of fulfilment in the face of dire material consequences down here on the mortal plane. Perhaps this will be the new beginning for engagement between the church and society here in the UK. LOL

I've lived in the UK now for over a decade and one thing that is truly missing here vs in other places I've been and lived in is a sense of civic life (civic pride). Its as though there is no such thing as "community" here. Its very refreshing to go to France, Germany, Belgium, Austria, Slovakia and see community/civic pride in action. What happened here?

I think there are three important differences between Britain and Germany that help to explain some of this.

Because the church is financed through the German tax system, it is still an established part of German society. It can use the administrative links it has with the state to send letters to each and every school child to remind them when it's time for their preparation for 1st Communion (RC) or for 18 months worth of weekly after school confirmation classes (Protestant).
Many still take this up, it's one of those things you do, even if only to get valuable presents from various family members at the end of it before never entering another church again in your life.
The country is not more religious than Britain, but there is a broader level of core knowledge of the Christian faith and there are therefore fewer people who have so little understanding that they sneer and compare it to believing in fairies.
For some reason, Germany also has fewer literal minded Christians and the level of public conversation about faith in the media is very high.

The education system also helps. No-one can elect to drop History before they have finished their school career, and History goes beyond the Tudors, the Victorians and the 2nd World War. There is much more emphasis on the overall developments in Europe through the centuries, and on what shaped the thinking and the culture of the various countries.

The other thing is that the political system rarely gives one party an absolute majority. For most of my childhood the Liberal Democrats were the king makers, and there was a lot of tactical voting going on depending on whether they were more likely to pair up with the Christian Democrats or the Social Democrats. For decades it seemed the Liberals had an inalienable right to running the Economics Ministry. And where people in Britain strongly criticise Nick Clegg for talking to the Tories as well as to Labour, Germans would be scandalised if the Liberal Democrats didn't take their responsibility to help form a stable coalition very seriously indeed.

It means that the German Government is far less adversarial than the British one and that serious (just compare the layout of the Bundestag to that of the House of Commons) and public debates in order to reach compromises are the order of the day - quite different from the battleground of Question Time where Honourable Members try to slaughter each other.

I’m not saying that one system is better than the other – I can write for as least as long to point out all the negative effects of the German way of doings things and the advantages the British system has! But wouldn’t it be nice if we could learn a little from each other.

Thanks for these helpful words from Germany and for the follow up comments.

I have often been struck by the stark difference in attitudes to civic life in places such as Germany and France. For years I was an NHS Manager - something to which a common reaction here was often to be dismissive, but if I told people what I did in those countries it was greeted with the opposite.

I am sure too that education plays its part. In France Philosophy is compulsory to I am not quite sure what age - but the average Presse in a provincial market town sounds 'Philosophy Weekly'. There is respect for - ideas!

As a fan of PR I can see that the German system helps.

Perhaps one difference not so far mentioned is the UK press. To stand in France or Germany - or many other places - and look at the offerings in newspapers is to be struck by the comparitve lack of Sun/Mail esque headlines.

Is there something which links all these things? I am not sure but if there is maybe it is the poor quality of CONVERSATION we experience - in schools, in homes, in the press, in politics. I am not sure we can blame the press for it all but they play a part. As a way to improve things it is worth asking - who exactly benefits from the UK situation as it is?

I think I see two things here that are worth drawing out. Erika points to the education system giving people a much fuller understanding of the core ideas and imagery behind/within Christianity - which, is entirely lacking here in the UK - people simply don't know what Christianity is aside from the rantings of Dawkins, and the hystrionics of the tabloids.

This leads to the second point which Adrian draws out - the quality of the conversation is poor. Very poor indeed.

I wonder if part of the issue too is that living theology is so far removed from the everyday language and experience of people here in the UK that all they have access to is what they see in the tabloids. Which in a way brings the two above mentioned points together.

In The World Turned Upside Down, a new book by Melanie Phillips, she describes how radical secular leftism poses a threat to the free West and to Judeo-Christian values. She also assesses the suicidal tendencies of the West over the past few centuries, noting how a collapse in the belief in God turned out not to be liberating as imagined, but enslaving. The rise of totalistic police states, coercive utopias, and depersonalising social engineering, has been among the bitter fruit of the attempt to sacralise man while dethroning God.

This is something which is all to real and easily idetifiable here in the UK. Merkel cites Germany's Christian roots, but could we ever imagine a British political leader saying anything like this?