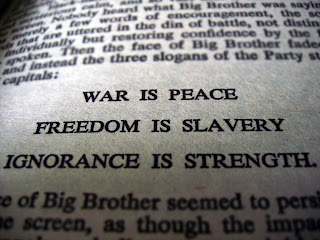 Back in the 1960’s school RE was boring and worthy but predictable, and largely based on the Bible. You might decide it was a load of old tosh, but at least you ended up able to understand Shakespeare’s Hamlet or Milton’s Paradise Lost. The past becomes a completely foreign country, however, when a society obsessed with the latest of everything loses touch with its own roots, and compromises its own corporate memory.

Let me illustrate. As a sixth former I learnt that after the death of Palmerston, in 1866, a group of anti-Reformists called the “Adullamites” forced the resignation of Lord John Russell as Prime Minister. This interesting bit of Lib/Con coalition building has much contemporary resonance. John Bright, leading political commentator of the day, coined the term to draw attention to Lowe and Elcho’s unwillingness to be led by either Gladstone, whose reformism they had consistently opposed, or Disraeli. The meaning was plain to anyone who knew I Kings 22. Trouble is, not many of today’s students know I Samuel 22. We even have students who have never read Genesis 1 or Matthew 5, let alone I Samuel 22. 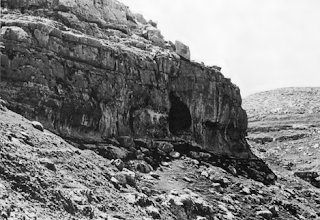 Enter Maggi Dawn, and her new book The Writing on the Wall. It’s a trip through the Bible for the biblically ignorant but otherwise educated reader, giving some basic info and background on the stories that have shaped our literature and history. She doesn’t just tell the story, but gives enough background to it to help you understand its meaning, and why it may have been used as it has been. So she turns on a light bulb to illuminate a range of cultural basics — Shakespeare, Rembrandt, Milton, Senser, Jacob Epstein, Wilfred Owen, William Blake, Tennyson, Oscar Wilde, yea even Monty Python... and hundreds of others.

So, here is an ideal present for the sixth former in your life who seeks some background to our culture. Its clarity and sense of perspective may also help the busy preacher. No cave of Adullam, though. Now someone’s done Literature, could it be History next for this treatment?

Spot on! Thanks so much. Knew it was in there somewhere! :-)

I've listened to the plaints of many a professor or teacher of English literature that the students of today, with a few notable exceptions, do not know enough of the basics of either the Bible or Christianity for a good portion of the literature to make sense. In other words, the instructor can no longer assume that a reference to - say - Noah and the ark will be understood.

you can get healthy traffic from us and our visitors can get relative and useful information form your site.

Hope you would add my blog.
Thanks a lot.Keep blogging....

Thirty years ago I was travelling home from a meeting in Johannesburg to Melmoth in Zululand, and listening to some tapes someone had given me of Michael Marshall, sometime Bishop of Woolwich. He described taking his nephew and niece to see Jesus Christ, Superstar, and was mildly shocked to discover that they didn't know the plot. By now they probably have teenage children of their own.