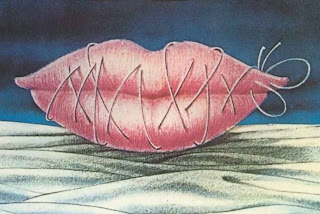 After a few days of use, how is the iPad? I’m coming to terms with fear of being mobbed or robbed, and it certainly is very much lighter, slicker and more lust-evoking than other devices. It is particularly strong as an eReader, not only for the reading experience itself, but also because it straddles the various formats superbly. Video is wondrous compared to other techtoys.With the number of developers out there, and the low price of apps for it, the future seems bright. 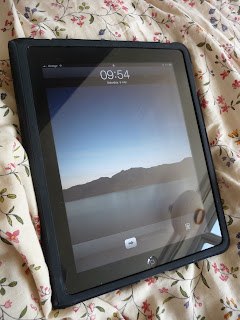 The screen is delightfully bright and clear, if too easily subject to the aesthetic ravages of iggy-wiggy fingermarks. Operational basics come as no surprise to horny-handed iPhone users like me. The user experience is breathtakingly simple and elegant. Doutbless it will require considerable software bells and whistles to be all it could be, but the basic idea is sound. Software developers may indeed start working towards apps that will make it function more and more as a business tool, and such software is out there, in embryo, already. 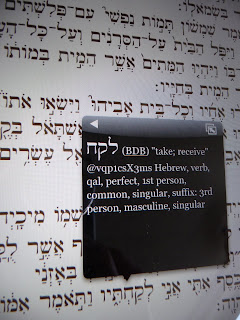 What can I do I couldn’t? Not a lot, perhaps, although I am revelling in having a Hebrew Bible (proper Biblica Hebraica 4th Ed) with on-screen analysis of words — touch the word and up comes the BDB. This feature would, in itself, have saved me at least a term as an undergraduate! But these are obscure pleasures. Whatever your game may be, this gadget is going to raise it, as well as impress your teenage offspring durch technik. 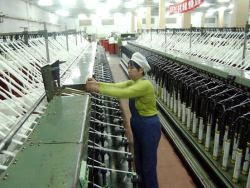 Is it ethical to own such a thing? What about poor working conditions in the Foxconn factory in China? I’m afraid mine was winging its way before the media had splashed this story, and now there are various contested narratives around it, including a story from Foxconn that the suicide rate among its 800,000 workers (13 attempts this year) is, in fact, significantly lower than the Chinese national average. Interpreting the data is not easy, and my main impression is of how ignorant I am about Chinese cuture and society. 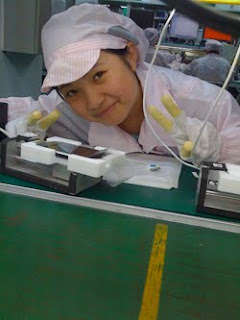 Apple itself is almost certainly as embarrassed about this story as Nike was over the one a few years ago about its subcontractors’ factories in the Philippines. It certainly lifts the veil on a major aspect of current Western production practice, and it’s hard to know whether the rumoured Foxconn plan to transfer its operations to Taiwan is good or bad news. There is something questionable about the whole economic model we are using for production these days, perhaps, and all of us in the west are implcated up to our armpits. Time for a bit of badgering on Facebook, perhaps, but the whole model everyone is using may be smelling slightly fishy, and worthy of further investigation. How will the development of a new middle class raise standards in China? In this new industrial revolution, it’s a question worth asking about all our techological objects of desire. 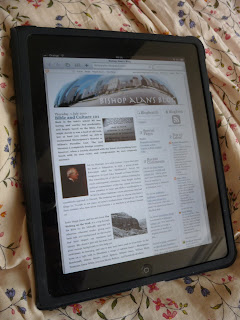 As to the bigger picture, I note that the value of Apple surpassed that of its auld enemy Mirosoft on 26 May ($223 Bn over Microsoft’s $219.3 Bn) — Deep joy, that this was achieved by design-led engineering.

Jonathan Ive and colleagues deserve the credit; the English may have lost their touch for footie, but they can still do design.This device, above all, shows the power of simplicity. 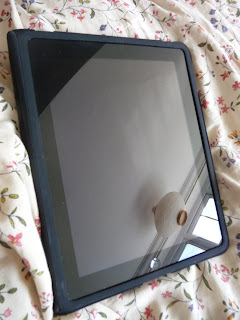 Is there no limit to the iPad’s artfulness? Practically speaking, it needs multitasking and, perhaps a clearer way of showing where it stores files. There is also some kludginess about file transfer to solve, and battery life could always be extended. There is a major need to develop productivity software before it can quite substitute securely for a laptop,. You do really need a £49 bluetooth keyboard before you’ll want to write your next novel on it with iWork or similar. 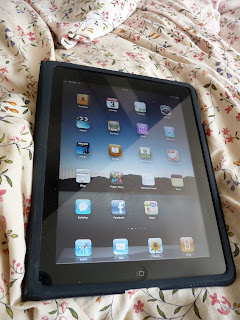 All this is small fry, however, compared to the wonderful way the device brings together engineering and function-led simplicity so elegantly into a convincing single device. At launch, however, I have to give it five out of five strawberries, as well as take a mental note to pay more attention to the soft underbelly of production ethics in future.
Posted by Bishop Alan Wilson

Thanks for sharing your thoughts and reactions. I've been pondering whether buying an iPad myself would be meeting a real need or simply pandering to "me-too"ism. It looks like it might be a really useful tool. However, in my previous life in IT we had a maxim, "never buy version 1 of anything." I shall probably wait for the next version to launch.

Thanks, too, for your thoughts on the production ethics. As you say, we in the West are all heavily implicated and too often don't (want to) think too hard about what goes on elsewhere to enable our cushy technology-driven lifestyles. I doubt that iPad production ethics are significantly worse that those surrounding most other technical gadgets, from PCs to phones, but we need to be reminded, and if it makes us feel uncomfortable, well and good - so it should. If it leads us to act in some way towards change so much better.

Hello Bishop Alan,
I am an inveterate "later-adopter." I want the problems you identify resolved in "iPad Deux" or whatever they call the next iteration.
You are right to call attention to the manufacturing issues, but all of us in the West are complicit with the Chinese dictatorship in this respect, are we not?
Jane Jacobs long ago in "The Wealth of Cities" made a strong point for buying locally-made as much as possible. Why does China have to be the world's factory?
Hope all is well with you and yours.
Pierre Whalon

What is the name of the App for Biblical Hebrew- or a link?

It could be a very useful tool. I see someone's done an autocue version, and Scott Gunn has commented on his blog about using it to script sermons.

R/S and +Pierre, You could well be right about never buying version 1, though most of the action with this device, I think, is on the software side for a bit. I see they're planning to get 7 million of them out there this year, and are ahead of target.

Jane Jacobs is a great hero. I've been reading her Jeremiad on the lot of us (Dark Age Ahead) and it isn't comfortable reading. Her book on great US cities has been foundational.

Catherine, mum and I saw the whole series, which well exposes the seamy underside of our lives. Not sure we have much of a structure for doing as much about it as we'd want.

Ann, Iblical Hebrew app is in the App store. It is not cheap (particularly because you have to pay a hefty Biblica Hebraica licensing fee and then you have to bolt on the BDB as an extra): Look for "Olive Tree" (I kid you not) in the App store for iPad, and see where that gets you. If it doesn't work, let me know and I'll get you a weblink...

Thanks - I have a Bible (NAB) I downloaded free or cheap from Olive Tree so know that site. I also like the Lectionary app and the iBCP.

IPad is not intended to replace computer in anyway.It however does a lot of things which a computer does and surprisingly it does better and faster.Ipad is an amazing invention from apple.It has many flaws and drawbacks too.Apple should consider those things.It doesnt have camera even.I usually shop on this online shopping site for ipad when i came acros with different blogs.Do check it out for many other products.Ipad and blackberry books are both the same.Blackberry book comes with many new feature while ipad lacks sum functions.