The Machine Shop that Rocked 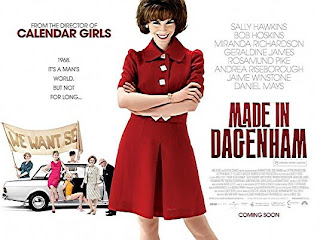 Made in Dagenham is a great big steaming mug of works canteen tea with six sugars in it. Some will find parts of it over-sugared — Bob ’Oskins singing “my old man said follow the van,” for example. That got me queasy, but great acting drew me in, and won through twee, formulaic characterisation. 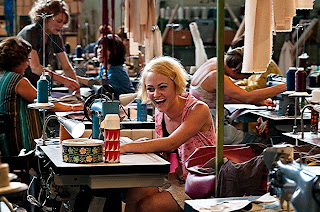 First Class honours go to Sally Hawkins, Bob Hoskins, Geraldine James and, particularly, Miranda Richardson reprising her Blackadder role as the dyspeptic Virgin Queen, reincarnated as Barbara Castle. Whatever will they think of next? John Sessions as Harold Wilson. But it all just worked. 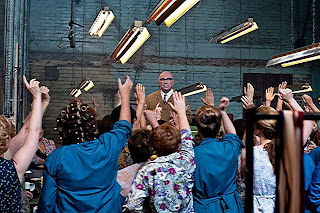 Rita works in the Machine shop at Ford’s Dagenham plant. The management have re-graded her work as unskilled, notwithstanding the fact that most of us would be hard pushed to make a car seat cover with no more than a pair of scissors and a sewing machine. More to the point, Ford has been in the habit of paying its women a mere fraction of what it pays workers with XY Chromosomes. Aided and abbetted by her mates, she does an Erin Brockovich and forms a rainbow alliance — including a lovable Union Rep, Secretary of State Barbara Castle, and even Posh Lisa who gets teated like a cocktail waitress by her old man, notwithstanding her double first from Cambridge. 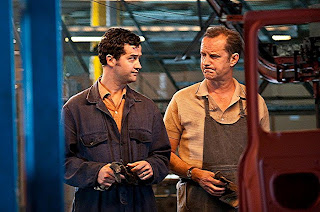 The money shot is the point at which Rita’s hubby Eddie experiences epiphany. She points out to him that his decency in not getting drunk, knocking her about, or dumping the kids on her, is not some Star Turn qualifying for a double dose of droit de seigneur, but simply the way things should normally be between two human beings who respect each other. 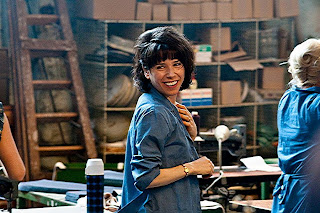 It's a matter of morals — basic right and wrong. As indeed gender equality is for the vast majority of the population. The Church claims moral leadership, but they are amazed to find much of it in the guard’s van, kicking and screaming about what seems to them a primary moral law, somehow kidding itself it’s in the driver’s cab. How crazy is that? 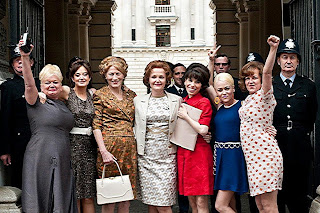 Anyway, the Equal Pay Act passed in 1970. The Equalities Act came into effect last week. That’s good news for people whose hearts are warmed by the Dagenham story. The bad news is that UK women, forty years on, still earn an average of 16·4% less per hour than men. 40 years of good intentions, foot-dragging, appeasing hypocrisy and hoping it will all go away has not yet delivered the goods...
Posted by Bishop Alan Wilson