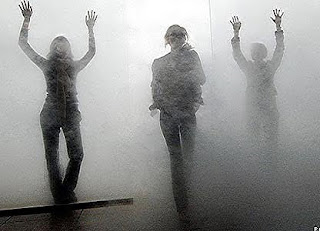 I promise I’m almost through with General Synod elections but I want to thank various people for emails and other messages about ways to make the process simpler, more informative and transparent. There’s a way to go, but a few simple steps with the right technology would go a long way to help, but not till next time round. 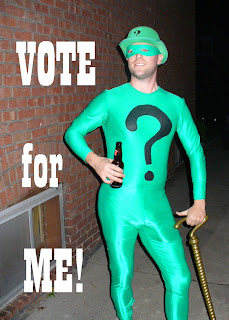 I just want to share finally, however something I would find it hard to believe if several people whose judgment I trust had not told me it was so. Apparently an elector at an election meeting asked candidates to state to which relevant organisations they belong. All but one candidate did the obvious and said, but one who shall be nameless simply refused to answer the question. Only having a tiny number of electors present makes this kind of sheer arrogance possible. 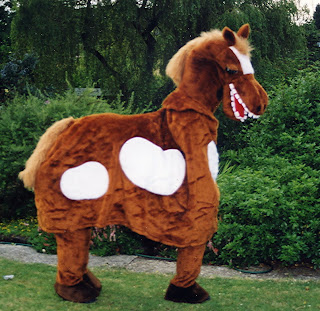 It also takes those of us a certain age straight back to the eighties, and the Old Labour Militant Tendency. Their whole entrist technique was to cover their tracks by issue-based campaigning astroturf organisations, whilst refusing to state their Trotskyism. Voters thought they were voting Labour, whilst they were actually putting in Trotskyists who wouldn’t say, because they knew perfectly well they would never have been elected if the voters had known. 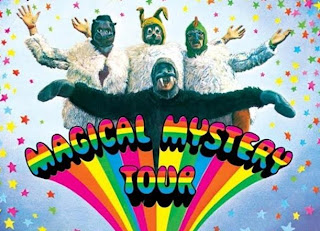 However one essential reform in the process must surely be a requirement on all candidates to disclose to voters their membership of relevant campaigning groups. Without that, the whole process, inevitably, is reduced to a Magical Mystery...
Posted by Bishop Alan Wilson

Without that [disclosure], the whole process, inevitably, is reduced to a Magical Mystery...

Ah, yes indeed. Astroturfing and its companion push polling are nasty campaign tactics, and when candidates associate themselves with organizations who use such practices, voters ought to know. I supplied the links, because I've been surprised by the number of people who have never heard of the techniques.

I am a candidate for General Synod. Nobody has asked me, but what organisations *are* relevant? I have one in mind that I'm pretty sure counts, but what about the other things I belong to? You might see them as relevant while I don't, or vice versa.
Is there a list somewhere?

GM, you are skilled, I see, in detecting the use of Dark Arts! I wonder how much more positive people's standard take on recent Anglican history would have been without the extensive employmet of Astrturfing and push polling. Papers stoke up a popular perception, to give one example, that the Church is racked with division, half and half, over arrangements for opponents of women's ordination. I've just seen the briefing notes for the appointment of a new bishop in this diocese for the archdeaconry with allegedly, the largest Anglo-Catholic element. It establishes that the number of Church members in Resolution ABC parishes is actually around 1%. 1%! and that after a vigorous recruitment campaign, energized by anxiety over women bishops, throughout the past five years. And we have seriously considered mortgaging our whole concept of episcopacy... The reality is, of course, far more complex than that sounds, but it gives some indication of the extent to which we are affected by Astroturfing.

Ian, thanks for a very good question. Anything I'm a member of is in my bio (click above), and I'm really very boring — Ecclesiastical Law Society, Tate Gallery, that kind of thing.

I gather that at the meeting giving rise to my comment, all the candidates mentioned the obvious — WATCH, Forward in Faith, organisations that have lobbied GS about major legislative projects. Anything the candidate considers relevant could be one answer, though a list of lobbying organisations could doubtless be provided.

Simply refusing to answer the question, however, especially if you are a well known church politician with no parochial job who has not only joined, but founded lobbying organisations to promote trenchant views on controversial questions before the synod reeks of the most blatant entrism, and would be quite unacceptable in any other context.

Yes, it is true, UNBELIEVABLE as it sounds! Staggeringly true - heard it too. More than that I know a woman priest who voted for him, because he is a very nice evangelical Christian chap, not realising that he is anti Women Bishops.

Hmmm. Thanks Lesley. I suppose many Christians, Evangelical Christians especially perhaps, are genuinely spiritually minded altruistic people, who want to believe the best of a brother.

It makes us rather vulnerable to slimy student union politicking, because normally we just don't do that stuff, and we don't realise how destructive it is.

I'm reminded of the situation in Galatia, and just looking at Galatians 5, and the danger signals are all there — strife, jealousy, anger, dissension, party spirit...

I can't see anything "Evangelical" about any of those, however Conservative anyone's positons may be on circumstantial moral issues.

By their fruits ye will know them. Just say No!

GM, you are skilled, I see, in detecting the use of Dark Arts!

My reputation spreads. Just because I was born and spent the first 24 years of my life in New Orleans....

Is it me, or shouldn't your 'Labels' on a post about political groups include not just Anglican Mainstream, but maybe WATCH, Affirming Catholicism, Inclusive Church, Changing Attitude - to name but a few?

'whatever the candidate thinks relevant'

Perhaps, but I think it's more whatever the questioner thinks relevant. A refusal to answer the question must lead to the conclusion that the candidate wants to hide something: he or she might have that right, but the fact of it is still relevant.

Having attended almost every single Synod debate for the last twenty years (not through choice, I assure you) the sight of Synod members rising to rehearse pre-digested positions (often supplied well in advance by press release to the gallery) was one of the sadder developments over the period.

Bishops were better at hiding it, and were more likely than other members to vote against their own positions in the interest of the church, but the development of party spirit within the Synod and the inclination of candidates to self-identify with positions adopted by parties has made it, for me, far less credible an institution compared to the body it was in 85-90 and 90-95.

The shrinking size of Synod has played into the hands of those who wish to make it a party-bound body; the range of voices is significantly curtailed and mavericks find it much harder to get elected. I for one no longer trust it as being even nearly as representative of general opinion within the church as I would have done ten years ago.

I've voted, but it was an effort, believe me.

John, you're absolutely correct! Happened to have an AM label on top of the pile to click. So I've added others you suggest, because principle holds for any relevant group.

But also begs question Ian raised above... In the light of Jonathan's very helpful deepening of the conversation, the key giveaway in said candidate's behaviour may turn out to be his refusal to answer the question.

Jonathan, you speak feelingly and from long experience I can tell! It strikes me you have hit a major nail squarely on the head. I remember the church and bomb debate back whenever it was as a demonstration of how a body could discuss an important subject as people who listened to each other. I don't think a whipping system and political parties would serve the synod well.

Another dimension is the one of how organised debates are around the obvious people, and how a balance is held which allows room for minority voices too.

And I think you do have to know the people you vote for; easier in the house of clergy than the house of laity. There are also, actually limits to the views I would support by voting for a candidate. EDL? BNP? Nah. Nor ecclesiastical bullyboys...

The size is an interesting factor. I can see the loss you note, but also some curtailment in the tea room dynamics of a smaller body, having known friends on it twenty years ago who felt perpetually unable to contribute because of the size. It's well worth considering carefully, though.

In the end we are an incarnational faith, and part of being incarnate is being incarnate in the social/ political culture of your time. Doing that with honesty and integrity, as citizens of anothr country, is more important than people pretending they are somehow above all that.

I included this in my Sunday/Monday blogs round-up - 03 October 2010. Cheers.