The Haplessness of King George 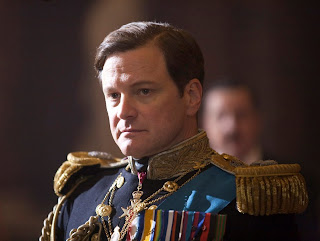 It is said that the late Roy Castle once sang, danced, trumpeted and juggled at the old Glasgow Empire, famous for its heckling. In the unaccustomed silence between segments 3 and 4 of his act, a reverential wee voice piped up “Is there no end to this man’s talents?” Thus I salute Colin Firth’s latest outing. 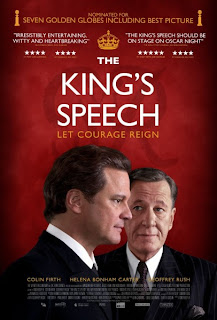 After a masterful, beautiful, extraordinary performance as a 1962 Gay professor in A Single Man, he has now scaled most triumphantly the toff end of the Repressed Brit spectrum with The King’s Speech, an everyday tale of 1930’s Palace Folk. It contains of galaxy of UK character actors playing historic personages they don’t actually look like, but do it so well you don’t notice. Timothy Spall’s Churchill shines out particularly, but Stanley Baldwin or Cosmo Gordon Lang fans will also be impressed. Helena Bonham-Carter’s Young Queen Mum (before she hit the betting shops and gin) is amazing. This is the character list as it should have looked, not as it did. Why even Westminster Abbey looks like Ely Cathedral. However it is faultlessly acted, carried off in real style, and atmospherically rendered with the kind of production values associated with the old Merchant Ivory brand. 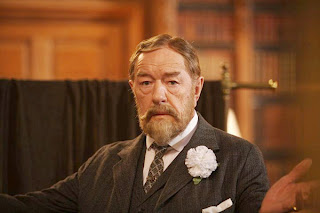 Here’s the skinny. George is the overbearing “Spit it out, boy!” Emperor King, the only character in the film who does look like the original. His two sons are embarrassingly different. David has charisma, but some unfortunate bedtime habits, a selfish nature and a thin fascist streak. Bertie is profoundly honourable with the will and talent to represent and serve his people, a pretty useful life skill in a man who would be king. 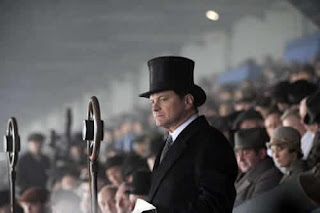 However Bertie also projects zero charisma, largely because of his disabling stutter. For a 1920’s naval officer this was manageable, indeed in an age when most signalling was conducted by Morse code, it could even have been an advantage. With wireless in the home, however, it is not enough to look like a king. You have to sound like one in people’s living rooms. An embarrassing own-goal at Wembley reveals that making love to a microphone is something Bertie could sooner get pregnant than reliably manage to do. 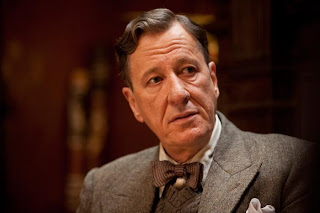 Enter Mr, not Dr, Lionel Logue, an Australian self-taught speech therapist with no qualifications but some world war one experiences and a ton of breezy antipodean freshness. This enables him to address the real Bertie directly, and unlock his voice through the transformative medium of friendship. 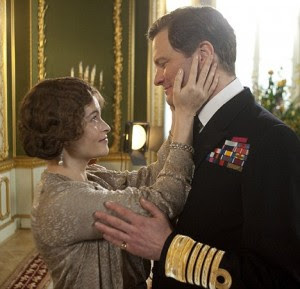 At the heart of every legendary working partnership is honest friendship based on equality, even, nay especially, if one partner is the King. King and Commoner work at it together. On the big day Bertie scores a bulls eye and really earns a chaste but sincere peck on the cheek from his Mrs. Civilisation is saved. What’s not to like? I defy anyone to leave the cinema without a heart full of warm cockles. 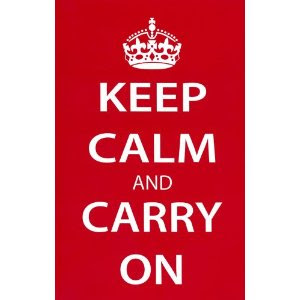 Acting is spot on, execution and cinematography is extraordinary, story is strong, even though everyone knows how it’s gong to end. Commercially minded execs may point out there’s not much scope for a “King’s Speech 2” unless some jaded studio hack comes up with a storyline where Hitler develops a speech defect and personally sends the schmutzigedutzend to kidnap Mr Logue. This would yield more action, perhaps, but less human interest. Fervent republicans may simply dislike the subject matter, perhaps, which certainly belongs to another age. What you see is what you get. However this film is a wonderful achievement, and manifestly deserves a chestful of gongs, ribbons, gold rope, and silver elephants on chains every bit as impressive as his majesty’s. 4.99 out of 5.
Posted by Bishop Alan Wilson

I absolutely concur - a magnificent film (and an astute review of it).
Could not it be said that Guy Pearce (Edward VIII) made a pretty good fist of resembling his character?

Thanks. You've got a very good point about Guy Pearce. There was one scene in which I thought his profile looked The the mannerisms and character side of his handling of the role was absolutely magnificent. So, on reflection, I think I agree!

Panning out a bit, it's fascinating how the individual faces aren't especialy as I expected but the conglomerate effect of the whole group of people looks exactly right.

I think it's made to the Cleveland (Ohio, USA) area. Plan to see it this weekend. Thanks!

....And I have never heard a more loud and sustained applause in a cinema, ever.

And yet, and yet, there is only one version of history we are allowed to believe. The good stammering Duke of York overcame his personal difficulties and made a speech at the beginning of the War without which the nation would not have had the resolve to go forward and win; Churchcill's speeches, the love of the people for the Queen Mother over many years, and the personal dedication of Elizabeth II through to the anticipated celebration of the Diamond Jubilee are just the out workings of all this. There is, of course, enough truth in that. But I felt a bit queasy at finding everything from Edward VIII's friend and supported Churchill siding with the Duchess of York to an absence of any mention of York supported appeasement airbrushing our way into this simplistic conclusion.

I agree it was a fantastic film - if anyone's been affected by stammering, you could do worse than check out the British Stammering Association http://www.stammering.org

I loved the film, too. It handled the story with sensitivity and a quiet, unmocking humour, especially in the exchanges of Lionel and Bertie.

Not a bad effort for an Australian TV star (Guy Pearce) to play a British King. Did he sound okay to UK ears?

Thanks for ideas about this - it's turning into a very talked-about film, and may do more if it does well in other awards arenas. John, Guy got the speech therapist role rather thant he king, but performed it superbly, both in himself, and in his chemistry with His Majesty Colin Firth. I'd say he's definitely worth more filmic roles in future.

I confess I went off on one. At a certain point in the storyline I perceived a man with a calling he couldn't live up to redeemed by an oddball he barely trusted to become what he needed to be. The final speech felt like two speeches in one. The speech that people heard and were inspired by. And the speech as pure struggle by the man trying to deliver it. I found myself in gospel territory. And it reduced me to tears.