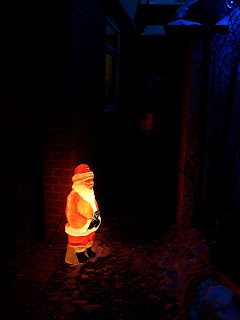 After yesterday’s appeal to keep the beginning of faith, the incarnation, in its true place at the front of our endeavours, I was mightily struck and moved at the early Prayer Book service today by the astonishing directness of its ancient Collect for the Epiphany: 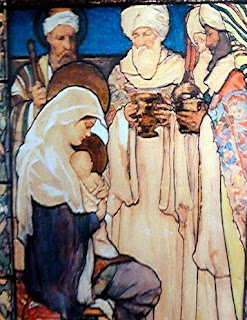 O God, who by the leading of a star didst manifest thy only-begotten Son to the Gentiles: Mercifully grant, that we, which know thee now by faith may after this life have the fruition of thy glorious Godhead; through Jesus Christ our Lord. Amen. 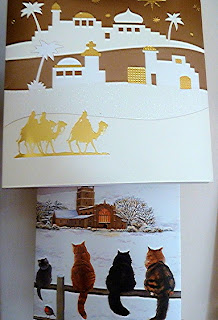 This journey, it says, for now, is about knowing God by faith — another chunky splat of mud in the eye for the childish concept of Christianity as trump suit supremacism.
And its point, after this life is over and we know as we have been known, is the fruition (before us, around us, ultimately in us) of God’s glorious godhead, the power that made the night shine and drew stargazers from the East. 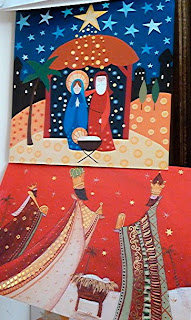 Our work is not to light up the star, which, like most well bred stars can light itself up thank you very much. It is the tougher job of allowing ourselves, resistant materials all of us, to become a community of grace. Godhead fruits, slowly, in the kind of community that manures it well and allows it to fruit. The true task is at least as much about how we do what we do, as it is about what we do. 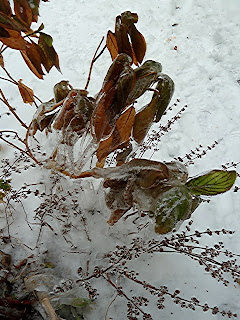 The prime role of the stewards of this holy mystery is not to be minders or managers, cheerleaders or indispensables, but simply people in whom this process is going on, as freely, honestly and unashamedly as we can manage.

Bearers of such grace build up fruitful community, which is known, not by its correctness or its media skill, but, er, by its fruit. 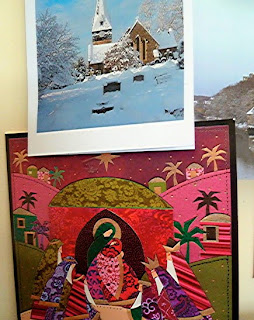 The number one priority for the year ahead, then, more important than concocting inspiring sermons or spine-tingling worship experiences, is the building up of a truthful, smelly, but fruitful community.

That way we all end up where we’re supposed to be, not stuck in a lay-by speaking only to ourselves and the others in our small car.

And what of all the young boys slaughtered at the birth? I can't let go of that part of the story this year.

Ann, I find this the most difficult part of the narrative, certainly if one sees the whole thiing as something God planned to happen int he way it did. - could he not have fixed it some other way? Or to what extent was he fixing it at all? The innocents get it first — that's certainly the general tendency of the world. I wonder what you make of this most disturbing part of the narrative?

My notes- (not exactly how I said it, tho) are at my blog - I told them I was drawn to the gap in the readings. How tyrants are not good for the flourishing of children. It is a common story in the news -- and even lack of education and health care are a kind of slaughter of children. The holy family sought refuge in Egypt- that place of both safety and slavery from the days of Joseph and his family -- how can we be a refuge and not a place of slavery -- how can we choose God's dream for creation instead of Herod's? sort of on that track.

Ann, This was the reading for the Sunday after Christmas. I tackled it on the theme of 'Back to the real world'. Matthew showing that Jesus came to share in the agonies and evils of our world - not to turn it into a fairytale, but to give hope. http://tinyurl.com/3xvstuu

Ann, p/w, many thanks for your takes, and especially the full sermon links. The significance of Egypt as a place of refuge that becomes a place of oppression struck home in a new way for me. I wonder about the innocents we slaughter without even thinking about it — the British Medical Journal tried to estimate innocent civilian deaths in Iraq, for example, and discovered, shockingly, that we aren't even counting, let alone care. Then, as you point out there is the whole earth catalogue of innocent suffering, and the need to keep alive awareness and the dream that it might not be so. Whenever we articulate a sweet vision of what humanity could be, the realities come tugging at our sleeve with disturbing questions... I want a both/and, not either/or vision of humanity, and one way into that is going beyond the Christmas stereotypes to some hard-edged realities that are depressingly prevalent now, as then.

Thanks P/W -- we seem to be on the same track. I tried to make it somewhat manageable for people in a small town in Wyoming - how to find "good news" in such a terrible story and not feel more helpless than before hearing it. Also the church is going through some hard times with their most recent rector having been deposed for abuse of power. I like preaching where I know the story of the congregation but was a challenge.

Excellent stuff, which chimes perfectly with the Hebrew phrase 'Kehillah Kedoshah' which I discovered when reading one of my Christmas pressies: Mitch Albom's brilliant book 'Have a Little Faith...