A factfinding visit to the Middle East has led to a blogging break. As normal service resumes, my eye caught the Times obituary of Admiral Peter Branson (here, behind paywall). 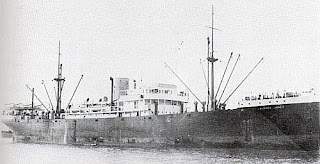 In 1941 the young Midshipman Branson’s transport ship was torpedoed by U-1107 and he spent several days in tropical heat on half a pint of water a day in a lifeboat. He recorded an interesting tendency of men in lifeboats: “everybody was giving orders and nobody was listening.” As leaders in conventional Churches begin to see themselves as minorities in lifeboats, fed by a lot of twaddle about being persecuted in England, I wonder if this tendency is beginning to spread among us. He went on to conclude:

the best morale in the world is useless without discipline to back it up in such a case as this. Our morale was high but rendered useless through lack of discipline

This gives me a queasy feeling about the lack of alignment in a lot of what we do. Like Woody Allen’s joke description of God, the Church is often “someting of an under-achiever.” At every level, including Primatial shenanigans among people who should know better, there is a profound gap between sincere faith with enthusiasm and the discipline to turn the high energy, love and prayer among Christians into something transformational for the world. Discuss?
Posted by Bishop Alan Wilson

It's a funny sense of Deja Vue I am having. I once read a blog just like this one, written by a bishop. Hadn't seen it for a while, and now you have appeared!

Amen and Amen re twaddle: in Britain, persecution is worn like a stinky old Afghan coat. Others point and bewail it, but no one has to wear it. Are any of us likely to die this night for our faith? Short of masonry-induced accidents, I think not.

I need to go away and align now. Is that like Syncing as in iPod?

Welcome back, Bishop - missed your posts and look forward to hearing about your trip.

This conversation happens over here in the US, too. Allowing a mosque to be built persecutes Christians, retailers not saying Merry Christmas persecutes Christians. Right. Christianity is somehow about buying chocolate Jesuses instead of chocolate Santas? I regularly feel the need to say in my sermons that the world is watching us and is not impressed. We seem to feel that we the Church are entitled to everyone's indulgences....

Real leadership, the one worth exercising, is based on genuine authority granted by the people you are leading. The other version can only be imposed in police states.

If people in lifeboats don't do what you tell them, you haven't been able to convince them of your expertise.

Great Subject- an issue (authority) that underpins everyday life from the family to the workplace,from Prisons to Churches from Forces to Social Workers(who has the right to lead? is discipline a necessary component?)
I have worked in the Forces,in Social Work,in Prisons and Church(voluntary).My worst experience of authority was in Prison.but the rest was much the same.Leaders always seem to come up short(resort to unjust discipline) when it matters.The best leaders lead by example..............Just like Christ!
Pilgrims Progress