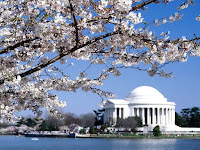 +MB  We were expecting this reaction because all the warning signals in all the pre conversations had indicated that many in the broader communion wanted the American church to be sanctioned in some way. And I would just want to say we are unified. I am personally so proud and grateful for the leadership of our presiding bishop, Michael Curry.
ES   I was gong to ask about him. Do you think he fought your corner hard enough?
+MB  Oh my goodness! Well, fighting isn’t the way Bishop Michael Curry works. As he said he was gong into these talks as a Christian, as a member of this body coming in with his whole heart and with clarity about the good discerning of our church. He was clear, he was passionate, he was appropriately humble, in the sense that he was not seeking to disrespect anyone but wanting to stand, as he said so well, stand among them as a brother in the faith, and yet very clear, very firm, that the place where we as Episcopalian Christians have come to in our own discerning is solid and is not going to change.
ES You’ve anticipated my question! Will it change?
+MB  No we are not all of one mind in this side of Christendom, as is true in any other part of the church, but this process for us led to a very solid consensus among the breadth of the Episcopal church that this is where God was calling us to be. The consequences in the communion are difficult, but we have a real understanding of our relationships in the communion being much deeper and much more personal than the governing bodies, or the leadership bodies of the primates, which are consultative and fraternal but not constitutionally binding.
ES   If you are as settled as you say you are in your view on this question, that means that this is just a breathing space, doesn’t it? That this is going to come back and that the arguments will not have gone away?
+MB   Well, three years is a long time. A lot can happen in three years, witness the changes in our country in the secular realm around issues of marriage and inclusion. So I make no predictions, but I am completely confident that what will not happen is any movement backward in the official position of the Episcopal Church vis à vis our understanding of marriage and the full inclusion of gay and lesbian people in the life of our Church.
ES   And as you speak today, do you still feel part of the Anglican Communion?
+MB   Oh most certainly. The Anglican Communion is not determined by hierarchy. It’s this extraordinary network of relationships, deep and profound relationships across the world, that are based in common mission. You cannot [over]estimate how deeply connected the American Church feels to our brothers and sisters across the world. As the archbishop said, there are consequences for decisions made in one church. We accept those consequences, and as consequences go this is relatively mild. Our broader concern is for gay and lesbian people and members of churches around the world who are in a much more vulnerable place than any of us can imagine.
ES   Did the archbishop of Canterbury’s apology for the hurt caused to gay and lesbian people in the past convince you, and gay and lesbian members of the Episcopal Church?
+MB   Well, I can’t speak for others. I believe the archbishop was sincere in his apology. As I said it reminds me of very awkward statements that we, during our years of discerning our positions on gay and lesbians, we would say things very similar on our journey through this process. We tried to carve out a place of love and unconditional acceptance for gay and lesbian people and yet deny them their god-given identity as full members of the church. And yet the discrepancy between such words and actions can only be tolerated for so long, and then you must change your church to reflect the desire that you have for that pain to be addressed appropriately.
ES   So what you’re saying quite politely to the archbishop of Canterbury is “you’re just a bit behind, you’ll catch us up in the end?”
+MB   This is an insight that we have come to, and we recognise it as similar to insights we came to regarding the role of women in leadership in the church, regarding our teachings in terms of the full inclusion of divorced persons in the church, certainly in our ongoing struggles with racial reconciliation. So this pattern, this process of change, and further opening the doors of our church is familiar to us. Not to be arrogant about that but simply we say that this is the truth that we claim as revealed to us. And as our presiding bishop has said we feel it’s our vocation to stand firm, and stay in communion, and stay in relationship, but to be clear about who we are and what we believe God has asked us to do.
Posted by Bishop Alan Wilson

I agree, Alan. Bishop Budde's comments were exemplary as was the statement of the Presiding Bishop.

Thanks for posting, Alan. I may have missed the interview otherwise. The lovely responses of encouragement and support from our friends in the Church of England, including yours, warms my heart.