There was a slightly whining piece in yesterday's London Times by Carol Sarler, wishing everyone would just shut up about religion. The op-ed comments, which pretty much conformed to John P. Murdoch's Law, included a suggestion from Mr Chris Thomas from Oxford that "there never has been such a thing as a purely secular society." Not so, Chris. There have been various purely secular societies, embracing atheism as a public truth.

So for the historically challenged, here's a brief cut out 'n keep guide to those purely secular societies you may have missed during the twentieth century:

Soviet Russia — Most enduring (1917-1989): Atheists sometimes imply Stalin was some kind of closet Christian because he trained for the priesthood, but forget to add that he dropped out and embraced views on God that sound eerily identical to Professor Dawkins'. Anyway the whole thing was far bigger than Stalin. Estimates of deaths vary from 37 million to the high 70's, depending on whether you restrict the body count to those the régime killed directly during its various purges, or include famine and war victims. Produced Good Hatchet-faced Heavies and lousy submarines.

Honecker's East Germany — High culture in a dreary climate. Grey was the new Black, and the trains ran on time. Highly efficient secret police (Stasi) with pretty much everyone spying on everyone else, and the Trabant Car — proof that environmental disasters do come in small packages. Bred the world's finest androgynous female athletes, for those with Benny Hill/ Professor Peach sexual proclivities. 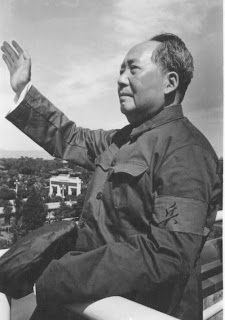 Chairman Mao's China — a great inspiration to secular idealists all over the world a few years ago. The literature is just being written that chronicles the concomitant violence, and there's no reliable body count yet, but we are talking millions. Gone soft on its atheist principles of late, but Tiananmen Square showed there was still some life in the old dog in 1989, even without the Great Helmsman. 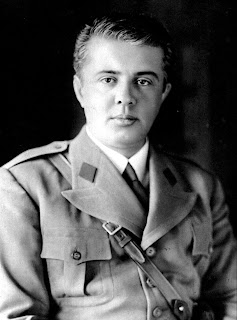 Emver Hoxha's Albania — Balkan atheist societies made up in quality for what they lacked in quantity. Bible bashing Pastor Wurmbrand in Roumania was locked in a hole for four years. Albania was the most efficient, with very few movements in and out for forty years, and a seemingly endless supply of Norman Wisdom movies to fill the gap left by organised religion.

I wonder which of these purely secular societies Chris would like us all to live in?

Can anyone think of a society that espouses/ espoused atheism as public truth they would care to live in?
Posted by Bishop Alan Wilson

Not keen on living in an atheist society! As a long-time French resident I had the privilege of interpreting for Reona Peterson (now Joly), who with friend Evey went into Albania in the Hoxha years. The account of how she met a woman she'd seen in a dream (chambermaid at hotel who was a believer), their subsequent arrest and escape,pennilessly hitching up through Illyria is published in "Tomorrow You Die" (available on Amazon) An exciting true story.