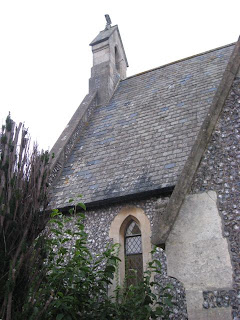 Back to Seer Green on Sunday, where I had such fun in the school, to confirm 12 people from there and Slough. One reading was slightly unusual — the rebuilding of the walls of Jerusalem in Nehemiah 16. This story shows that Christianity is an inherently corporate enterprise. People who stay together accomplish the impossible in spite of the politics of the proud. Chapters full of names make the point that everybody is somebody; a good note on which to be confirmed in the Christian faith. The other reading was from John 15. Jesus never wrote a book or founded a corporation, but he made friends, and calls us his friends, not servants. Abraham, from whose faith, and with whose faith, we find blessing, was called God’s friend.

True friendship with God and each other, is transformational, and a far more accurate model for discipleship than institutional religion. It was an honour to be among friends on Sunday. Thanks to Sarah Allen for a picture of seven of the eight confirmees from Holy Trinity — Gaenor the Vicar, Amelia, Tom, Conor, Sarah, Me, Matthew, Katharine, Roger. Sarah also brought an obscenely yummy fruitcake (from a mystery source I shall certainly use in future) which contained all kinds of strong liquor, and should be banned. Except at confirmations, where it should be compulsory.
Posted by Bishop Alan Wilson

You know, for a bishop, you talk a lot of sense! Thank you for posting something so meaningful at a difficult time in my life...