Crooks for Cats and Sport for all 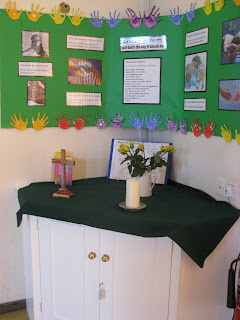 I really enjoyed going back to Lacey Green School yesterday, three years after I first visited to open a new ICT suite. Paul de Wolf, then deputy head, is now head, and the school is a warm but focussed learning and social community. There’s an active school council, and I noticed how direct and confident the children were in their interactions with each other and adults.

The school’s large grounds are very well used, formally and informally. It buys in coaching from Wycombe Wanderers, London Wasps, and others, and large numbers are involved in team games 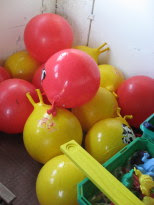 — rugby, football, hockey, netball and even lacrosse. There’s real enthusiasm about organised sport in the school, but also a wonderful scheme where older children help out as structured play leaders for younger children, using informal play equipment like these space hoppers. There’s also a superb ecology garden, with raised beds which classes can fill for themselves. There’s major development going on to develop the reception area, and a really interesting project to put an outdoor learning area where there used to be a swimming pool.

In assembly, Children were sometimes lively and interactive and sometimes very focussed and quiet. There’s a prayer corner, and Denise Critchell, the local vicar, comes in every week, sharing friendship and faith with everyone in the school. I told the children about Jesus the good shepherd, who really cares whatever the cost, and will never give up on us. Someone in reception thought my crook has a hook to help me climb trees to rescue my cat, if it ever got stuck up there... I must try that sometime. Last year I confirmed Melissa Stone, the RE and worship co-ordinator, and I was really excited to see how her work in the school is really flourishing.

Paul told me about extended project work the children do on topics that interest them — The dragon (right) was part of a project on a painting of St George, and I was rather wowed by some particularly magnificent turtles from a Bermuda Triangle project: 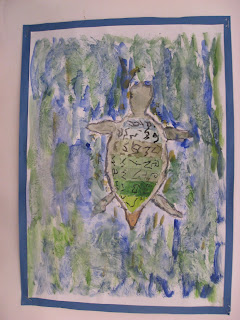 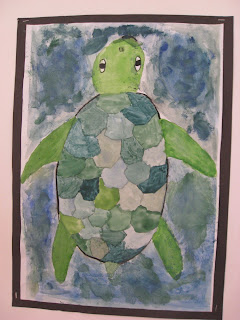 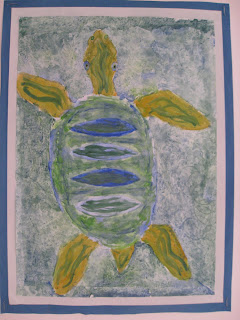 exists in the community to provide all round excellence in education, developing and nurturing the intellectual, artistic, social, spiritual and physical resources of each child in a Christian context, enabling all pupils to achieve their full potential in a caring environment.

It’s been doing this for over 150 years, and right now it’s on a bit of a roll...
Posted by Bishop Alan Wilson