Deep Doo-Doo under the Linden Tree 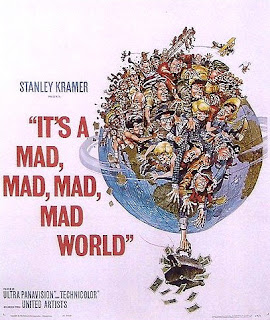 Bad News from the Virtual City. Second Life Northern Rock lookalike Ginko Financial has gone belly-up, blowing a $2m black hole in the Virtual Economy. It was unregulated, and paid 60% interest on its assets over its three year existence. It’s now got plenty of nuttin.’ Like it always had.

Following the ban on gambling in Second Life we began experiencing a wave of withdrawals from Ginko Financial. This led the funds we keep in reserve for day to day use to be exhausted, which evolved into a full blown panic depleting even our last line of cash reserves and resulting in the current situation, with about L$50,000,000 queued up for withdrawal. This situation is unsustainable, as we would be forced to sell off our assets at a significant discount in order to honor such withdrawals, thus severely harming Ginko Financial's long term prospects and it's ability to ultimately honor all of it's obligations to accountholders. 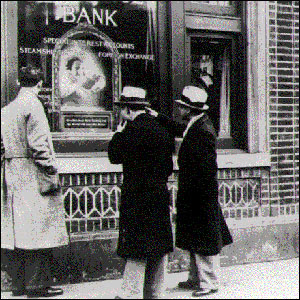 Of course in real life going bust does rather more than harm your long term prospects. “If it looks too good to be true it probably is” warns Linden Labs. Where virtual and actual circles overlap, $2m of Linden dollars = $750K real spondulicks. Reader beware. Some punters have lost $10,000 only too real dollars riding this particular porcelain horse. Freedom from reality has its limits. 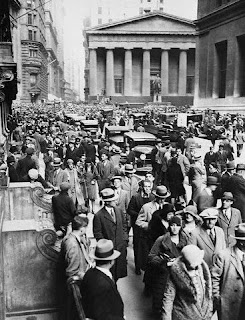 After considerable thought, we have concluded that the only way forward from this is to convert, compulsorily, all customer deposits into a tradeable debt security called Ginko Perpetual Bonds. These bonds, listed on the World Stock Exchange (www.wselive.com), will allow Ginko Financial to recover from recent events by removing all pressure from our cash reserves while providing accountholders with a way to cash out on an open market. 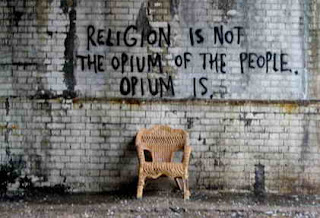 Hacked off 3-d virtual investors, just like real world traders, now have two real alternatives — either move on to Third Life, or turn the bloody computer off and go back to real life. Thus Art mirrors life, as the world’s stock markets and debts hubble bubble, toil and trouble, Brown bails out the Northern Crock, and Bush begs oil off the Saudis. Anyone for Biblical Economics? Seriously?

+Alan - did you ever get a chance to read the stuff on Peak Oil that I sent through? It's rather relevant, not least to your last comment, because Bush seems to have admitted that the Saudi's can't produce any more oil...

Thanks — I did indeed. I realise there are various takes on the peak oil theory, and nosing around I ended up on the CEA website. They seemed very negative about the whole concept but when you read their analysis, they weren't actually suggesting oil was infinite — just that it was more accurate (they thought) to speak of an oil plateau tapering off late teens of this century than a rigid needle sharp point in 2012 — So what, thought I! If the proportion of oil we're getting from wells that are running dry is as high as everyone seems to agree, I would have thought that fact in itself validates the core hypothesis, sooner or later. I'm fascinated by the Bush story off his present tour (which Hillary Clinton's been taking the Mickey out of him for) partly because it establishes that another plank of the Iraq strategy (if it was about protecting oil supplies) is being overtaken by reality, and partly because it implies the Saudis are more aware of the possibilities of peak oil than they are letting on. What I dpn't quite understand is the basis for CEA being so negative, apart from their close structural involvement with the industry, and a possible desire not to chop off the branch their business is sitting on! I have a friend I could explore this with sometime, but I'm not that confident about my ground here...

CEA? I'm not familiar with them. But if you mean CERA you might find this link of interest - it's an analysis of their predictions over the last few years!

Sorry and thanks, Sam. Yes I meant Cambridge Energy (CERA). I notice their latest http://www.cera.com/aspx/cda/public1/news/pressReleases/pressReleaseDetails.aspx?CID=9203 but can't quite see from that which 800 fields they selected and why, which slightly dilutes the authority of what they're saying. I'll go exploring on the Oil Drum, though, when I next have a day off. Looks interesting.