Woody Allen: Losing it or Finding it? 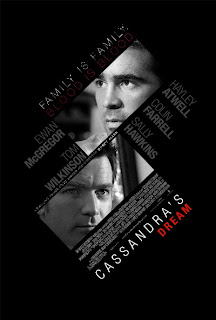 Cassandra’s Dream is Woody Allen’s third London movie, and his first with the toffs taken out.

The Blaine Brothers have ambitions, but are no hopers really. For all their borrowed Jaguars and 007 poker runs, one is essentially gormless and the other essentially basic. Whilst improving themselves they both land up in severe financial chokey, necessitating a bailout from rich Uncle Howard. Sadly this costs a spot of help with a job of his own, that carries its own moral and human price tag. 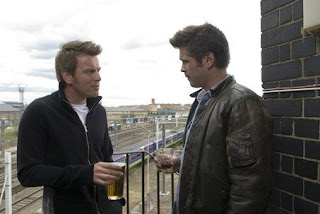 Family is family. Blood is thicker than water. Everybody, by trying to move their lives on and sort things out, ends up in worse chokey than ever. That’s tragedy, folks. This is an outing farther up and farther into classic Woody Allen country — Take the Money and Run, Small Time Crooks, Crimes and Misdemeanors, Match Point.

This film’s engine is Greek Tragedy, with a dash of Dostoevsky. Overwhelming psychological probabilities indicate that Oedipus could have, and you and I would have, married the nice girl next door, not mum. 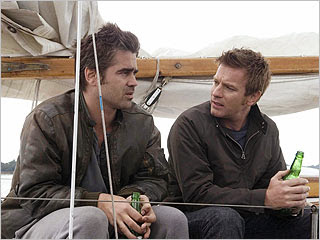 But imagine for a moment he did the terrible thing, and couldn’t help it. What would follow from that? Greek Tragedy isolates one strand of human behaviour, traps it in a deterministic web, then anatomizes, not psychologizes, it. Therefore, people who complain about some psychological flatness about motive and process in this movie are probably wasting their time. 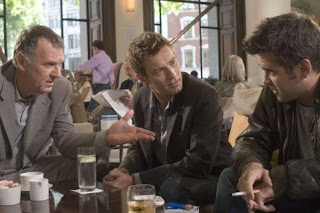 This ain’t no ribtickler. The gawky conflicted Allen character is split and morphed onto two brothers, one gormless and one basic, rather than squirming in front of us as schlemiel. There is a very small amount of expository heavy handedness early on, but after that the script drives things forward as smoothly as Ian’s borrowed Jag. All the actors drew Lucy and me in avidly. As someone who lived in the East End as a kid, I bought the London stuff, though, of course, I could be snooty about it. Tragedy builds itself up inexorably, but the problem is always how to end it. Perhaps this one dissolves into cock-up, but for me the ending was a kind of “1-2-3, you’re back in the room” at the end of a thoroughly convincing stage hypnotist act.

I suspect this one will achieve a higher place in the Canon than most of the critics are willing to give it right now. It’s surely worth a shoofty.
Posted by Bishop Alan Wilson