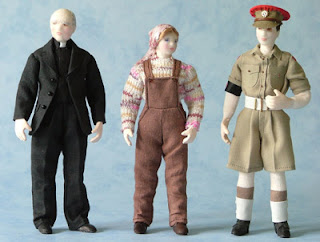 A House of Bishops paper from the Ministry Division explores issues of clergy quantity and quality. TA story here and Dave Walker’s roundup of blog reactions here. It began life as an attempt to scope issues arising from Synod pensions debates. The paper gathered no evidence about working clergy — just crude stats and a straw poll among diocesan bishops. So you won’t find any juicy stories about what bishops think of vicars; in fact you won’t find any juicy stories at all. It’s just a roundup of very basic supply figures, and a very brief snapshot based on a round robin of bishops about medium term training requirements. 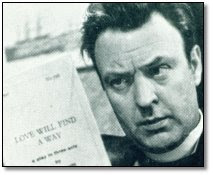 I’ll comment on quality in the next day or so, but today, demographic facts — all in the public domain, but collected here for their Lordships contemplation — comparative figures about numbers of clergy and licensed ministers to 1959/60. Why 1959/60? I don’t know, but that was the height of the postwar ecclesiastical boom and the youngest deacon ordained in 1959 is now 76 and can thus be assumed to have had a full career, or not, in the system. 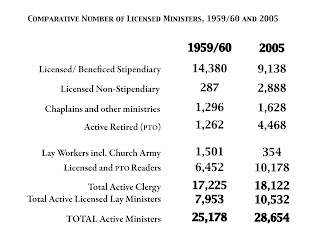 These are crude and dirty statistics. Active vicars are comparatively easy to count but many lay ministers, like youth and families workers, don’t have formal LLM licences. These are just conventional “robed and up front” figures.

After 30 years of designer angst about clergy shortages I am amazed that this should be so, but the simple fact is that there are actually more active C of E collars on the streets of England in 2005 than in 1959. I don’t know about you, but this surprised me. It also strikes me as the kind of raw figure that won’t be of any interest to Fleet Street, because it neither provokes fear and anguish, nor validates their prejudices and fantasies about the C of E. 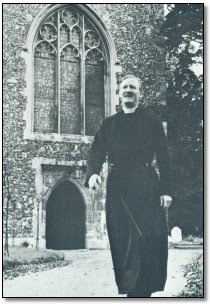 The distribution, however has entirely changed. The preponderance is distributed more, I would guess, according to population. The bad story then was rural/urban. Now I would anticipate it to be North/West as against South/East. There are far fewer full time collars of the conventional sort, but far more retired active and self supporting. Looking ahead this means their shelf life and deployability is far lower. People in the 1960’s complained that vicars were too young and inexperienced about the rest of life. Now they complain that they’re all on second careers. You can’t have it both ways! Or can you? Training needs, however are radically different.

The variety of backgrounds I would reckon is greater than in 1959, though diversity is still not as high as it should be. I would also hazard a guess these figures hide a significant shortage of young clergy, and that the general volatility of people in the world of work, combined with today’s much shorter/ fragmented career patterns mean that supply is in a far more volatile position than these figures might otherwise imply. 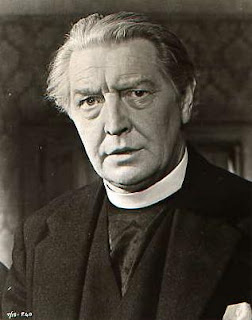 Ministry in many areas is highly dependent on retired clergy — cherish and honour them; not only as devoted temps, but as the statesmen and elders of our enterprise, holding a vital part of its corporate memory. Some have done 40 years+ in the trenches, and that deserves profound respect. In 1959 a fair number of parish clergy were over retirement age; which didn’t come in for clergy until 1971. Therefore the 1959/60 figures conceal many clergy over today’s retirement age. As we all live longer, there is, of course, a fascinating discussion to be had about future retirement trends. 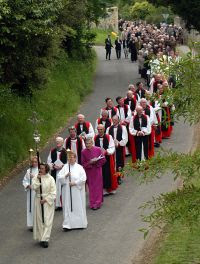 Finally, Pay. The bad story in 1959, apart from its lowness was that the Church was almost entirely dependent on dead people to pay the staff. Living giving was pathetic. Now inherited resource goes into pensions, and these figures reveal exactly a characteristic UK demographic about retired numbers. The Church turned turtle financially in the 1990’s, and now pay and future pensions (8K a head a year) are pretty much funded by living giving. It’s healthier, you may say, but more precarious, also. I hazard a guess that UK Pay rises in the past 50 years have run way ahead of general inflation. The stipend has, I would reckon, fallen seriously behind as source of income. There is a theoretical question in my mind, however. What exactly is it we pay ministers for, when we pay them? If we could be clearer about that, the mix between self supporting and paid could be scoped far more strategically, and aligned with our values. But this leads onto what you may think is the more interesting bit of this paper, perhaps; some thoughts about quality... watch this space.

Do you think we pay our clergy too little? I think it is quite generous - I would be in favour of the stipend being matched to dependants/household bills, but I don't think it is doing too bad really. The stipend is there to avoid the need for the clergyperson to work, and so the more we link stipend with salary the bigger the divide will become between SSM/NSM/OLM and Stipendiary and the more like a secular organisation we will become in my opinion (which I don't think is a good thing). Of course the stipend doesn't really increase much (unless one is called to higher office, which is unfortunately too often seen as career progression!) but increasing income is not a right nor necessarily "the ideal". When I look at the living conditions of full time ministers in other denominations I am quite grateful.

Different time, different place, but 30 years ago I was responsible for training self-supporting clergy in the Anglican Diocese of Zululand, and I thought most people in the diocese had the wrong idea of the role of self-supporting vis a vis church supported clergy.

There many parishes had anything between 5 and 30 "outstations", and the clergy would itinerate to celebrate the Eucharist. I thought each outstation should have, if possible, 2 or more self-supporting priests and 2 or more deacons. The "rector" (who need not necessarily be ordained) should be a pastor/teacher (a somewhat different kind of ministry) equipped to train and support the clergy at the outstations, and itinerate for training and teaching, not sacraments.

With regard to quality: more Peter Owen Joneses, please, and less Derek Smiths!

Oh yes, and more gay clergy and some female and/or gay bishops, too, please.