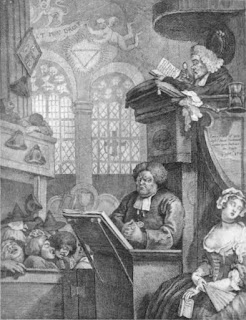 The most important person in a business is always, in a way, the person on the front desk. The wellbeing of clergy is, in that obvious sense among others, vital to the wellbeing of the Church. Since Chaucer’s time there’s been public anxiety about this subject. 200 years ago Sidney Smith lamented the decline in the quality of clergy since the enforcement of residence was preventing gentlemen from desiring ordination. 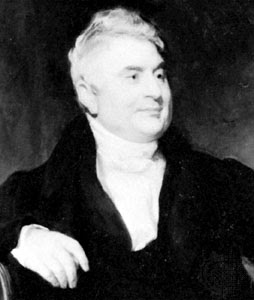 In the roaring 20’s, Hensley Henson bemoaned the decline in the quality of ordinands since the first world war. The document quoted in last week’s Sunday Telegraph, however, is barking up a very different tree. A more accurate headline than “poor quality of vicars alarms church leaders” would probably be “desperation to dramatize drab HR questionnaire twits journalist.” 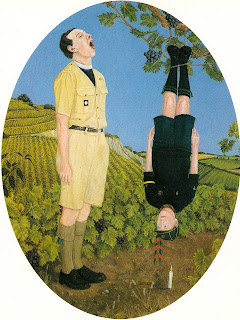 Faced with a round robin inquiry from the training department no bishop, if you think about it, is going to say that everything’s 100% tickety boo and there’s no need to bother; mainly because neither of those statements could possibly be true. But quantifying exactly what is less than tickety-boo, and by how much, is a finger-in-the-air mug’s game. So, in a way, the figures in this document are inconsequential. Take them too literally and they imply most bishops are unhappy about ordaining large proportions of the people they do in fact ordain. If that really were the case, the remedy would lie in their lordships’ own hands — keep your mitts to yourselves! But that’s obviously rubbish, and a complete travesty of what this straw poll was about. It probably only took straw poll form so as to enable MinDiv more easily to prioritse the results, which are pretty much obvious, into strategic proposals. 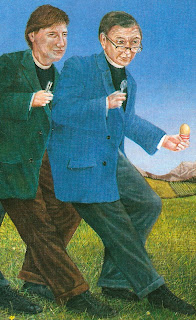 How stands the quality of clergy? Well, the role is more complex and demanding than hitherto, and the social infrastructure to affirm and support clergy weaker than ever. Anyone who thinks this job is easy ought to have a go at doing it. The roles we perform in a thousand different contexts are damn difficult and impossible to win at half the time. English clergy have to straddle the fears, fantasies and expectations of people who go to church and people who don’t, multitasking with spindly resources from a home where the phone never stops ringing. It’s a tall order and, frankly, I'm amazed at how well the vast majority of colleagues habitually cope. 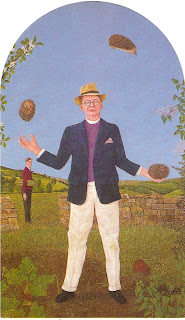 This is all the more amazing because the freedom of not being directly supervised in the workplace can easily turn into a vacuum, an unnerving feeling of being lost in space. All this and lousy pay, too. But, before you get the violins out, there are great satisfactions and joys to be had, too.
Could all of us clergy raise our games? No doubt, in a thousand ways, especially bishops and archdeacons, perhaps. Does that mean we’re all useless? Well, of course, yes, I suppose every one of us is a bit useless some of the time. Bishops, priests and deacons are all wounded healers, and do well to remember the wisdom of Chesterton’s Hymn for the Church Militant:

Great God, that bowest sky and star,
Bow down our towering thoughts to thee
And grant us in a faltering war
The firm feet of humility.

The dreadful joy Thy Son has sent
Is heavier than any care;
We find, as Cain his punishment,
Our pardon more than we can bear.

Lord, when we cry Thee far and near
And thunder through all lands unknown
The gospel into every ear,
Lord, let us not forget our own.

Cleanse us from ire of creed or class,
The anger of the idle kings;
Sow in our souls, like living grass,
The laughter of all lowly things. 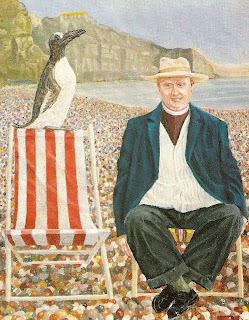 The fact is, however, that all over the country God still blesses people richly, left right and centre, through the prayers and hard work of most ministers, most of the time, and often in ways they will never know. Things break down incredibly rarely, given the sensitivity of the work clergy do, and their vulnerability. But go wrong they sometimes do. 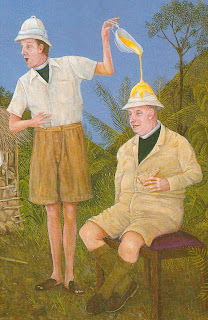 Most failures are about human interaction, not theology or even ethics. Many are driven by misunderstanding, desperation or exhaustion. If there’s any way people can go over the top with better weapons and body armour, I’m all for trying it. Who wouldn’t be? 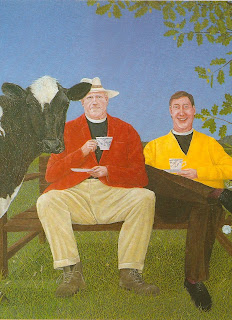 It’s interesting to note the suggestions bishops made: Clergy need to focus on the realities of the Church they represent. They need support in missional thinking, doing and living. The Church needs to get its act together about consistency of training and deployment. Anyone disagree? presumably not. But How to do it? There’s the rub...

Contemplating this question, we could take a moment out to celebrate earlier, kinder times, when absolutely everybody really could cope faultlessly with their jobs and associated expectations, and nobody needed to push the boat out on training for this kind of public role:

How much do you think inflexibility is having an effect on the perceived quality of clergy? I know of a deanery where the rural dean has turned every other chapter meeting into a bible study, and it is clear that some of the clergy find that concept so irksome that they can't engage or choose not to, and likewise other clergy who leave theological college not being able to name the seven sacraments nor realising anyone has ever believed there were more than 2 (although I recognise only the dominical sacraments are affirmed in the Articles)! I often ask fellow ordinands (from colleges across the spectrum) looking for curacies what they are looking for in a title parish, and the answer is nearly always a churchmanship preference - counter this with my wife's grandfather who, many years ago, was the priest of one of the highest and one of the lowest churches in Jersey and was immensely blessed through it, a model which it seems to me is becoming all the more common today.

Clergy quality is, I suppose, a bit like exam results.

You know, every year someone says, "Standards are falling! Sackcloth and ashes! Woe to us! Exams are getting easier!" but the criteria change so much that it's really difficult to figure out what is going on.

Clergy, like everyone else, cope with a rapidly changing environment and a bunch of impossible and mutually contradictory demands. Sure, there will be some who are great at X and terrible at Y, but nobody's good at everything.

It's just that when you're so bad at X that it affects your ability to do Y, we have a serious problem.

There's the tension between being expected to be good at everything, involving the laity, and remembering that Jesus came to save us all, so that's not your job.