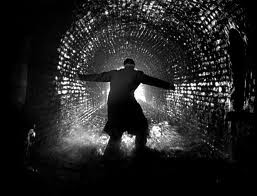 Before leaving the question of politics, I have been wondering why some of the English have such a fascination with secrecy, and such a horror of public discussion? What’s wrong with vigorous public discussion of points of difference?

Why so much crypto and secrecy? 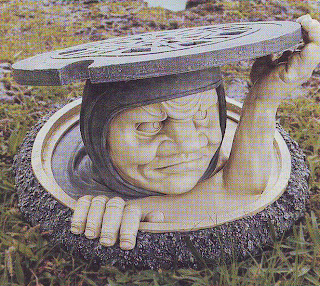 The Bible is full of open disputation. In Galatians Peter and Paul have a technicolor public row. In the Acts various apostles fall out with each other and take their separate ways. In the gospels disciples vie with one another in front of all the others (or at any rate their mothers do) for hot spots in the Kingdom of Heaven.

All this is done without shame, or any particular feeling that it would have been very much better if the elite had stitched everything up behind closed doors. The only attempt to do this (the Council of Jerusalem in Acts 15) was a brilliant day out, but its conclusions didn't last five minutes — soon enough Christians were eating non-kosher food anyway, and Peter and Paul arguing as forcibly as ever.

We all, of course, have deeply personal, random and inconsequential thoughts that don’t belong in public. Privacy is precious because it enables us to achieve intimacy and friendship with our friends and families, in a privileged environment where much can be taken for granted. Depth is sometimes only accessible to the solo scholar slogging away in the stacks. we all need space for meditation, solitude and desert experiences.

Also, it is only really possible for to allow particular friends into our full confidence with the security that comes from having invited them. A hot blazing eyeballs world of full exposure disallows this very important aspect of human friendship. So I am not against proper privacy.

However, I suspect we Home Counties Anglicans could allow ourselves a little bit more room for openness, especially about publicly significant issues. Here are some distinct advantages to public discussion, especially if it can be conducted by people who listen to each other with mutual respect and a longing to understand:

Here here.. I want to know the answer to this too.... why so scared of honest differences of opinion?

Something you being Hungarian don't understand, of course ;) and perhaps I missed it too by not living in this country until I was 10!

I think that English reticence is sometimes an advantage. I really prefer to listen and really hear what someone has to say before jumping in with my own views. Listening is a vastly underrated skill, it is good manners and respecting the other person.

But, once you have listened, than it is time to be truly open, to allow informed discussion.

This is the beauty of blogging, I have yet to make my own public as I have been putting a lot of personal stuff in about a vocation, and the struggle I am having - but it informs those who are following where I am at, right now.

It is really creative to, being able to follow Bishops and others in the church as they get to grips with both new media and informing the world that Christians are not closet wishful thinkers, but followers of the one true god.

Thanks, Lesley. I certainly don't want to re-start the English Civil War! And, in fairness to the English (because like the majority of truly patriotic Englishmen I am indeed more Hungarian than anything else), the Thirty Years War was a much more brutal way of sorting out the differences that arose at the time of the Reformation than what happened in England. Both are dwarfed into insignificance by the various great slaughters of the twentieth century.

Perhaps what we're commenting on is justa variant of Matthew Arnold's comments in Culture and Anarchy about how the English mind works. But it doesn't help ahieve honesty and clarity about all srts of things.

As it 'appens, UKV, I am off to London today, among other things to try and scope some ways forward for the C of E and new media! I think I must blog something out of the meeting, then!

I'm absolutely with you about the prime value of listening. Of course in traditional English Establishment stitch ups there's nothing to listen to, because everythng is subterranean. It saves bother and embarrassment, but involves immense amounts of lying and hypocrisy, which is always bad news for the Church. As a bishop my particular concern has to be the alignment of the Church with our values, because that, our faith and obedience, is the part of the operation that has to matter most. That's why I tae very seriously the painful comment (reported by Rosie Harper in her speech at the hustings) from a sympathetic outsider that we come over as an organisation that doesn't really believe in what it professes. We really must do something about that, and new media expose any weakness in this area more reliably than just about anything else.

Such a helpful post. Why is it that we are so afraid of openness? Just last week I was teaching a seminar on Biblical origins with everybody from a former elder of the church to brand new Christian from an Alpha course. All were glad to ask their honest questions of scripture and be unafraid of the answers.

From what I gather, Rabbinic tradition opened up the scriptures - encouraging open debate and fusing historical theology with present experience. All too often evangelical discussion has been concerned with closing down the scriptures and restricting their meaning.

Thank you for making me think.

Alan, I tried to post this comment 3 times now, are you having problems with your comment function?
I think we have to be very careful about understanding religious dialogue or the lack of it. Unlike political convictions our religious beliefs go deep and affect the core of who we are. It takes a great deal of genuine faith and confidence in your beliefs to be able to discuss them openly with someone of a different view and to respect their opinion or even to see that they have an integrity of their own. It can be so hugely threatening to let go of some cherished assumptions that it is often only possible to do with the help of a good Spiritual Director or therapist. We need to remember that rigidity comes from fear. I can’t count the number of times outwardly nice and open people have called me a pleasant enough woman with my own kind of faith that might sustain me but that is clearly not Christian because I don’t oppose women priests, for example, or gay priests, or because I’m not a literalist of this or that hue. And the more we challenge people who are not yet ready to be challenged, the more we push them into that fear and into the intolerant rigidity and secrecy that is so often a feature of political dialogue in the religious sphere.

My church (Baptist) is experiencing a great deal of pain at the moment becuase of the lack of openness used in a recent very important decision.

Our deacons (ergo PCC) took steps which essentially resulted in the resignation of our current ministry team. The main body of the church was not consulted on this, and the decisions and actions presented as a fait accompli.

So if the Anglican church (where I come from) has problems with openness, it seems that congregational government is not neccessarily the way to fix it! What is anyone to do?!

Richard, I'm sure the opening up/ closing down test is one that can fruitfully be applied to most forms of learning for Christian growth. We are trying to grow organically, not develop sclerosis.

Erika, I'm sorry if the posting mechanism has been playing up. I've tested it and it seems to be working for me right now, but it's terribly frustrating if Blogger goes flaky on you. I use it because of higher Gogle search results, but feel a similar frustration at times when it won't do what I want in a timely way!

Your substantial point takes me to Teresa of Avila's (I think) about people being "in a place to receve this motion." I find it profoundly helpful, and it makes me aware of a tendency within myself to assume everybody must be ready to receive everything — a tendency which (I'm sure you're right) can actually reinforce the stuckness in someone else. There is sometimes a gracious way of receiving and acknowledging difference which has enough edge to move things the way they've got to go, but enough grace to help people get there. Thank you so very much for the thought.

Alastair, I'm sure it's not about the ecclesiological structure as much as human process. We just have to work at trust and clear expression of difference with charity, in such a way a fruitful interaction becomes possible, I suppose.