Praying for the peace of Jerusalem? 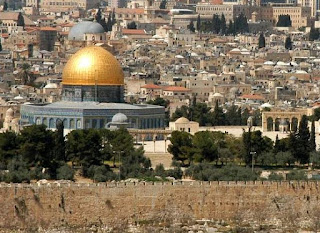 CCJ Middle East briefing at the House of Commons with Professor Shai Feldman, director of the Crown Center for Middle East Studies at Brandeis. Joke: CNN asked on the streets of Tel Aviv for a summary outlook. One word? “Good.” Two words? “Not Good!”

Wikipedia’s List of middle East peace proposals since 1919, says “this list is incomplete. You can expand it.” But how? Looking ahead to the Annapolis Convention, what exactly could this be whenever it happens?For what could we all focus prayers right now in the middle east?
It would be lovely to think that Annapolis could be more than a high class photo opportunity. But how, I wondered?